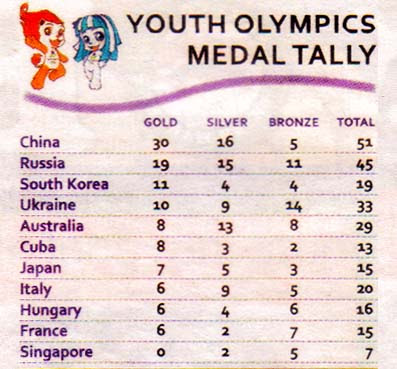 "I only wish to question the increase in the YOG budget, which rose to $387 million from the initial $104 million," said Abdul Malik Mohammed Ghazali, who was arrested by the police for having "incited violence" with his postings on a Facebook site, "burn Vivian Balakrishnan and the PAP" and "rally together and vote them out".
Asked to comment, Balakrishnan's response was, "I didn't know about it until I read about it in the papers. It shows that I almost didn't care." Without citing any numbers, the Minister still insists that the Games would bring Singapore "significant tangible benefits".

Except for the civil rights groups battling tirelessly for an end to the Mandatory Death Penalty, nobody else seems to care either.
Posted by Tattler at 10:18 AM