Jusuf Kalla, vice-president of Indonesia, has denounced neighboring Singapore and Malaysia for complaining about the severe haze caused every year by Indonesian forest fires.


"For 11 months, they enjoyed nice air from Indonesia and they never thanked us. They have suffered because of the haze for one month and they get upset.” (The Jakarta Globe, 3 March 2015)


The outspoken vice president is peeved because he thinks that foreign technology was behind the forest fires and therefore foreign countries must share the burden of responsibility in dealing with the forest fires. “Somebody once told me that Indonesia must restore its tropical forests, and I told him, ‘Excuse me? What did you say? Do you know who damaged our forests?’” Kalla added.

Kalla was probably making a snide reference to the Indonesian businessmen who have set up shop in Singapore after shipping millions, if not billions, out of their country, and are still operating their logging operations via remote control. The more interesting aspect of his tirade is that it reflects on the failure of our Foreign Minister to establish friendly ties with some of our short-fused neighbours. And to think the Environment Minister was supposed to have resolved the ugly issue of the smog some years ago, carrying big white envelope by hand and all.

Both should pay closer attention to the upset politician, he's no pushover like our local opposition members. You can catch a glimpse of him in a cameo role in Joshua Oppenheimer's 2012 documentary film "The Act of Killing" (Indonesian: Jagal, meaning "Butcher"). He was on camera, speaking at the rostrum of the right-wing paramilitary organization Pemuda Pancasila that grew out of the Indonesian killings of 1965–66, an ostensibly anti-communist purge in which more than 500,000 were murdered. It will interesting to see how our two debaters take him on with their characteristic hot air. 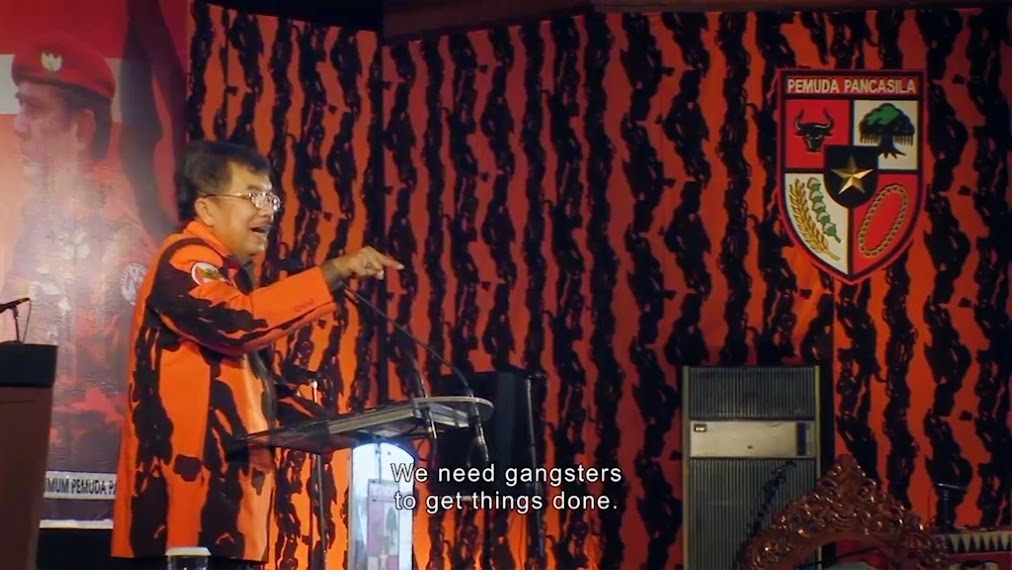