When Sin Chew Daily reported that a "quirky" music video depicting the frustrations of the average Singaporean had received an unexpected endorsement from Prime Minister Lee Hsien Loong, we thought it was referring to the cheeky Mentos rap that has the truism about government scholars cramming real hard, working all night to make life more miserable for ordinary citizens. Who do you think came up with the money making COEs and ERPs?

Instead it was a saccharine sweet delusional diversion, a pale parody of a Bollywood production with prancing zombies zonked out on the prosperity placebo. The video clip was supposed to put in perspective the love-hate relationship many Singaporeans have with their country's foibles, but the portions are way, way skewed towards la la land. And it's not even accurate. 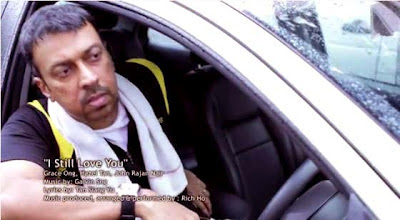 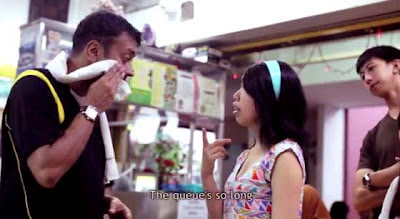 You call that a queue? Better close that gap before some one cuts in, and be careful with the raised finger gesture. Cross culture co-mingling can be a touchy affair. 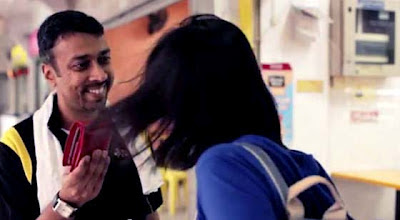 A padded wallet, didn't it go the way of the dodo bird? Most probably it's stuffed with GST U-Save vouchers - applicable only for one member per household. 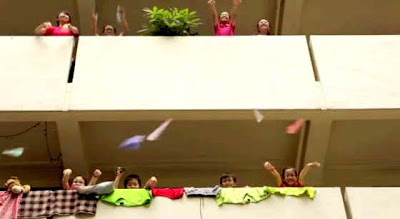 Has the anti-littering law been lifted? Kids, you definitely do not want to try this at home, unless you plan to move the whole family out to the void deck. 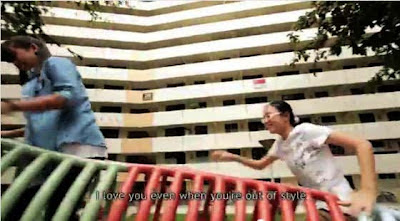 Hah! National Day, and there's only one flag on display at the whole block. The grassroots leaders must be skiving. 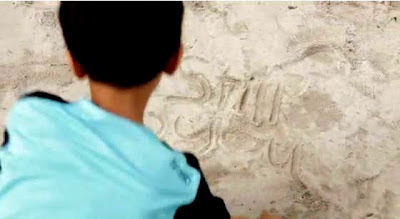 Haven't you learned anything from the Sticker Lady episode, don't you know graffiti is verboten? You think this is your grandfather's sand pit izzit?