The Rise Of Cronyism 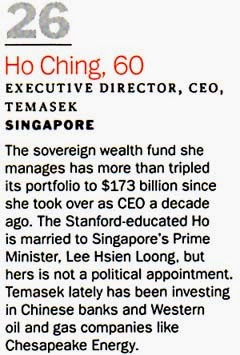 Everybody's nervous about the new "c" word, with corruption fast becoming blasé thanks to it being over used in the past couple of years. The Economist’s latest cover story warning readers of “The New Age of Crony Capitalism” has been commended for shining a journalistic light on cronyism’s rise and the corrosive effects of rent-seeking behavior - grabbing a bigger slice of the pie rather than making the pie bigger.

At the U.S. Government Accountability Institute, “cronyism” or “crony capitalism”  is as defined those instances when government gives certain companies favorable rules or taxpayer monies others don’t enjoy. Those not in favour of the cash going to Olam International (Olam) will have a field day, given the darts thrown at Singapore Exchange (SGX) for being less involved in the Temasek Holdings initiative. SGX's hastily prepared statement regarding Olam served only to muddy the waters further.

Critics are arguing that The Economist’s index is not constructed to capture the critical moves cronies make. Indeed, a more complete cronyism index would include metrics such as the number of government-backed loans a company or individual has received, subsidies or set-asides, and the number of concessions scored by so-called “offensive” lobbying efforts. The Economist’s crony-capitalism index also isolates business sectors like casinos, oil and gas, and real estate as crony sectors while ignoring things like high-tech, healthcare, and entertainment.

Thus, the magazine concludes that the United States ranks number 17 and China fares even better with an index score of 19. And oh, Singapore is ranked 5th place in that index. Yes, Singapore did score 23 points for institutional strength but The Economist said that indicator is no guarantee that cronyism here can be kept in check.