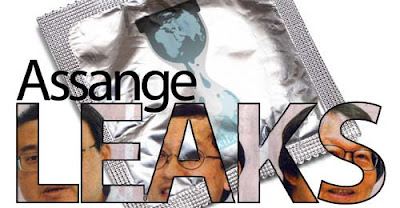 It's confirmed. The BMD (Big Mouth Disease) is contagious. More virulent that H1N1, our nation's security is being threatened by characters who's pecadillo is to prance around on the world stage, seeking adulation. Foreign Minister George Yeo says not to worry about the "cocktail talk", affirming that these high earners are tasked to imbibe alcohol at tax payers' expense. The least they could do is to learn to hold their liquor, and control that wagging tongue.

Ex-Minister of Foreign Affairs (MFA) Permanent Secretary Peter Ho was recorded telling a US official in March 2008 that Mahathir Mohamad had been "throwing stones" at his successor Malaysia Prime Minister Adbullah Badawi. If that's not inflammatory enough, Ho (not the-daughter-in-law) alleges "Najib Razak, he is an opportunist. Although he has not been critical of Singapore, he will not hesitate to go in that direction if it is expedient for him to do so."

Another MFA Permanent Secretary Bilahari Kausikan, in September 2008, told US Deputy Secretary of Defence for South East Asia David Sedney that former Thai premier Thaksin Shinawatra is "corrupt", along with "everyone else, including the opposition." That label may easily be construed to also smear Thaksin's business partners like Ho (the daughter-in-law). Kausikan went so far as to allege that Thaksin "made a mistake in paying off the crown prince by paying off the crown prince's gambling debts." This clown prince should know that les majeste is no smiling matter in the Kingdom of Thailand.

But the greatest surprise is to find Tommy Koh, he of the Law of the Sea fame, submerging into murky depths to black mouth Japan as "the big fat loser" in the context of improving ties between China and Asean. He also attributes the decline of Japan's position in the geo-political region to its "stupidity, bad leadership , and lack of vision." He likes the "s" word so much he uses it again to trash India, describing his "stupid Indian friends" as "half-in, half-out" of Asean. I don't suppose he will be shopping at Mustafa Center for Christmas presents.

Witness Julian Assange's problem in Sweden is traceable to a prophylactic malfunction, and in the case of "Woman B", Sofia Wilén, the absence thereof in the morning after episode II (apparently having consensual sex in that country without a condom is considered rape, punishable by a minimum of 2 years imprisonment). For Singapore's woes, a humongous rubber of industrial strength is definitely needed to shield us from the talking dickheads.
Posted by Tattler at 8:35 AM