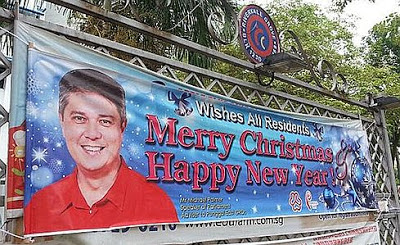 Prime Minister Lee Hsien Loong had to be in India to start "considering seriously if a by-election should be held for the Punggol East SMC, and if so, when to hold one." Lee reiterated that the Constitution does not require him to call a by-election within any fixed timeframe, based on his father's interpretation in 1965: "Since we are no longer a part of the Federal whole, for reasons which we find valid and valuable as a result of our own experience of elections and of government in Singapore, we have decided that this limitation should no longer apply".

Singapore's constitution draws upon the English Constitution tradition and the Malaysian Constitution (which drew heavily on the Indian Constitution), but has been sufficiently adapted to demonstrate some Westminster traits, while exhibiting many non-Westminster components. The general PAP view of institutional arrangements was summarised by then Minister of State for Law Ho Peng Kee:


"I look at democracy as a basket of rights and a list of freedoms, at the top of which you put the freedom to express your choice of the group of people you want to put into power, who will, after that, have the authority and the power to circumscribe the other freedoms that you have."
("Democracy East or West?" ST 25 May 1995)


This interpretation of a Westminster style constitution has been rejected by the Privy Council in one of its first cases involving Singapore constitutional law. (Anthony Lester QC, "Note on Constitutional Law", Singapore Association of Women Lawyers, 1989). In that case, the council found that an act of the Singapore parliament cannot override a citizen's fundamental human rights.

The Singapore constitution is essentially an instrument of "rule by law" rather "rule of law", which when combined with the complete dominance of the legislature by one party has produced a "rule of State law" regime. (Robert D. Cooter, "The Rule of State Law and the Rule-of-Law State", Annual World Bank Conference on Development Economics 1996).

Walter Woon said this in 1991 ("Stand up and be quoted", ST 6 July):
"We effectively don't have a Constitution.  We have a law that can be easily changed by parliament, and by the party in power, because the party is the parliament.. it is unsettling how flexible the Constitution is..."

Thanks a lot, Michael Palmer, for sobering up our Christmas this year.