Woman Of The Year

Pakistani activist Malala Yousafzai was a close second to Barack Obama, nominated TIME's person of the year. The other contenders being Apple CEO Tim Cook, Egyptian president Mohamed Morsi and particle physicist Fabiola Giantti respectively. The brave lady survived a shot in the head by a Taliban assassin, and emerged as the world's most admired children's-rights advocate.

We have had our share of female news makers in 2012, but nothing to be proud of, really.

Ms Ko made the headlines for her extreme generosity, bar none. She allegedly gifted her doting National University of Singapore (NUS) professor a Mont Blanc pen worth S$740, tailor-made shirts, an iPod Touch, and even settled one of his bills amounting to almost S$1,300. Whether these presents are tainted with elements of gratification are something for the courts to decide. 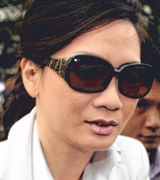 Ms Sue ignited a feeding frenzy when she made her appearance in court, unprotected by a gag order after being named in the corruption trial of a former Central Narcotics Bureau director. What really stirred the imagination of the public was when Deputy Director of Corrupt Practices Investigation Bureau (CPIB) Teng Khee Fatt mobilised his goon squad as personal body guards for his precious witness. He even sat next to her in his personally assigned vehicle. Talk about playing it close. 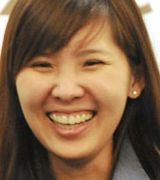 Ms Ong will always have a special place in our hearts. Not only did she barter mangoes for a $5,500 Lady Dior bag, she bagged the Speaker of the House under the auspices of the Monday nights meet the people's sessions. Suddenly, adultery is respectable, justifiable when bonding with the grassroots worshippers is the declared objective. "But you can't judge our relationship by just what happens on Monday" is the telling message by the philandering parliamentary, there are other days in the week, and overseas trips for commingling opportunities, courtesy of taxpayers' funding.