The Story of the Fishball Stick 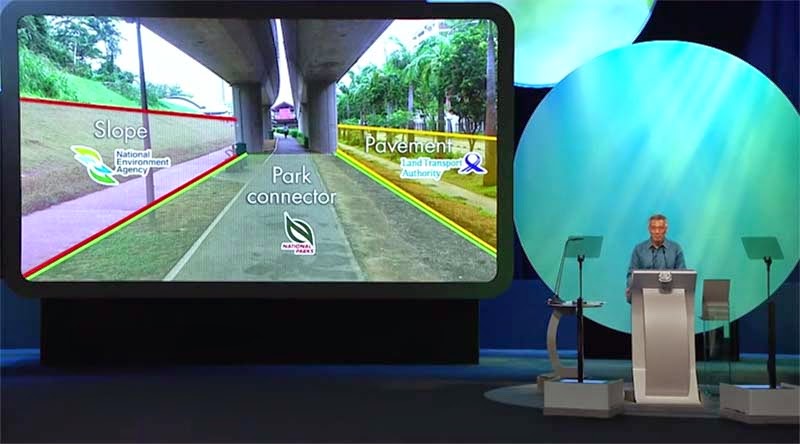 Quite a few viewed the National Day Rally speech on Youtube, at 9.15 pm the visitor count was 6,093. Maybe they were hoping to capture a personal video of another "mee siam mai hum" moment for posterity, the type of glitch that seem to pepper his public performances. He did mention the Minimum Sum was going to be raised to $161 twice, but the staid non-reaction of the selected audience in attendance let that pass. However, it was difficult to miss the saga of the fishball stick.

Once upon a time, there was an entity that went by the acronym of PWD, which stood for Public Works Department. If you had a mosquito problem that needed defogging, a pavement that needed to be resurfaced, or a road that needed to be dug up, you had only one number to call. Think of it as the ghost-busters of public space, the sentinels of a well maintained environment, once upon a time.

Prime Minister Lee Hsien Loong told the captive audience he found out (what we all already know) that it took 3 government agencies to address one miscreant piece of wood, presumably used for piercing fishballs. Mercifully it was not bagged and sent to a government laboratory to determine whether it could have been satay or yakitori.

Why the need for NEA, NParks and LTA when PWD was doing a good job for the price of one? Quite simply, that kind of bloat translates to justification for 3 sets of offices, 3 sets of permanent secretaries and 3 sets of superscale civil service officers. First rule in government spending: Why build one when you can have two at twice the price?

Lee's solution is to set up a fourth agency, the Municipal Services Office (MSO) under the Ministry of National Development.  Grace Fu must be glad to finally have something to do, to justify her million dollar paycheck. After all, she must feel lost among the numbers of Minister-in-the-Prime Minister's Office, which used to be more accurately called Minister-without-Portfolio.