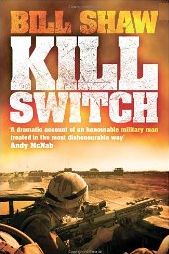 Major Bill Shaw (author of "Kill Switch"), thrown into a Afghan jail for a trumped up bribery charge, was relieved to learn that homosexual activity at his prison was punishable by the guards. Until he discovered that the Taliban considers the "recipient" as the guilty party, not the "initiator." From that perspective, our 377A is more brutal. Any male person who, in public or private, commits, or abets the commission of, or procures or attempts to procure the commission by any male person of, any act of gross indecency with another male person, shall be punished with imprisonment for a term which may extend to 2 years.

Tan was initially charged under Section 377A. The extract from the Court of Appeal judgement says that one unwanted effect of Section 377A is that it may also make criminals of victims. It cites three examples:
1) A man subjected to domestic abuse by his male partner;
2) A man sexually assaulted by another man;
3) A man who was robbed after having sex with another man.

Justice Rajah said it is no comfort for the Attorney General to assure that persons issued with stern warnings under Section 377A are "for all intents and purposes, left alone". After all, the good judge added, no minister "has gone so far as to state that there will be no enforcement of Section 377A."

Come to think of it, no minister has gone so far as to state that there will be no detention of political enemies under the Singapore Internal Security Act (ISA). All Teo Chee Hean cited in his justification of the ISA in his Parliament Speech of October 2011 was "civil disorder and disturbances and defiance of the law to threaten stability, order and security." That must be the ultimate catch all phrase for every infringement of the law imaginable under the sun.

The curious part of the Court of Appeal judgement has this bit about how the provision "affects the lives of a not insignificant portion of our community in a very real and intimate way." Does that mean there are more poofters (read "unapprehended felons in the privacy of their bedrooms") around than before? Is that the real reason total fertility rate is down? My neighbour has a simplistic argument why homosexuality is unnatural: the natural order of sexual union is procreation.