Can't Take It With You

The money is part of what the Philippine Supreme Court declared in 2003 as Marcos' Swiss ill-gotten funds. “The PCGG views the Singapore decision in a positive light," PCGG chairman Andres Bautista said, sounding more like an understatement than celebration. The court affirmed Singapore High Court ruling that the PNB held the legal title to the funds as depositor of the money as well as original account holder with WestLB. Led by Judge of Appeal Chao Hick Tin and Justices Belinda Ang and Woo Bih Li, the decision effectively junked the claims of the Philippine government, at least five of Marcos' foundations set up to hold the money in Swiss banks, as well as 9,539 human rights victims under the Marcos regime.

The late Indonesian tycoon Liem Sioe Liong, one of Southeast Asia's richest men, must have also left a sizeable financial footprint in Singapore when he passed on in June 2012. Liem had been living here since 1998 after moving to Singapore in the wake of anti-Chinese riots that hit Indonesia.  Located in Katong, his house sits on a massive 86,000 sq ft site that was purchased in 1970 and currently valued at approximately $100 million.

Liem reputedly prospered through his close relationship with Suharto, the autocratic president who ruled Indonesia from 1966 until 1998. As one of a number of ethnic Chinese tycoons who made fortunes because of their links to Suharto, he was an obvious target of visceral anti-Chinese sentiment that the corrupt president stoked and sometimes allowed to boil over into violence. When his Bank Central Asia (BCA) collapsed during the Asian financial crisis, panicked depositors rushed to pull their money out of BCA in May 1998 and a mob ransacked one of his Indonesian homes. 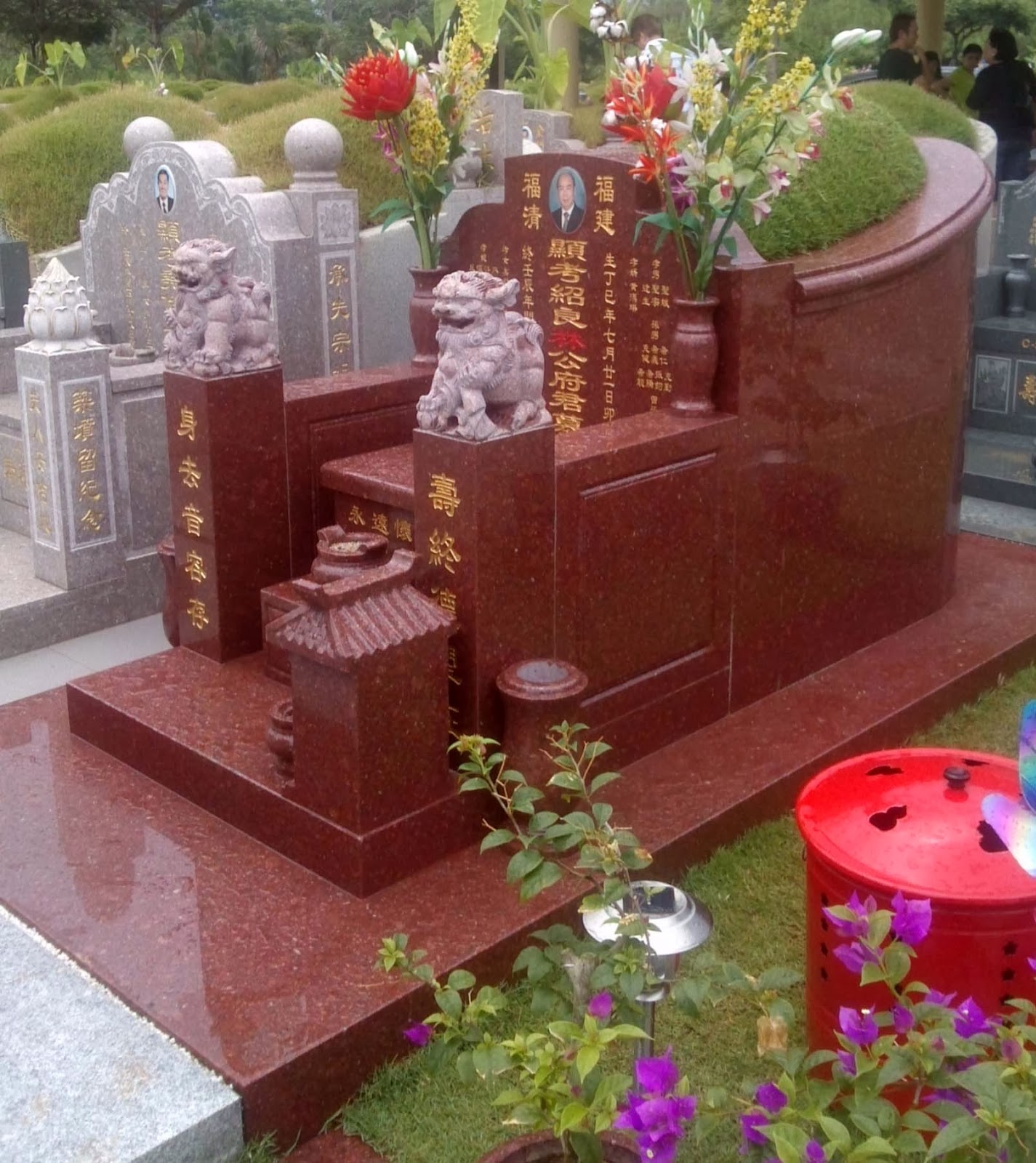 Liem's family is worth around $3.6 billion, according to a Forbes estimate, or $8.5 billion, according to calculations by Indonesian business magazine Globe Asia. It was a shock to stumble across his final resting place at the Chinese Cemetery in Choa Chu Kang, sharing the same exact plot size as any average HDB dweller.
Posted by Tattler at 9:29 AM