Of Men And Machines 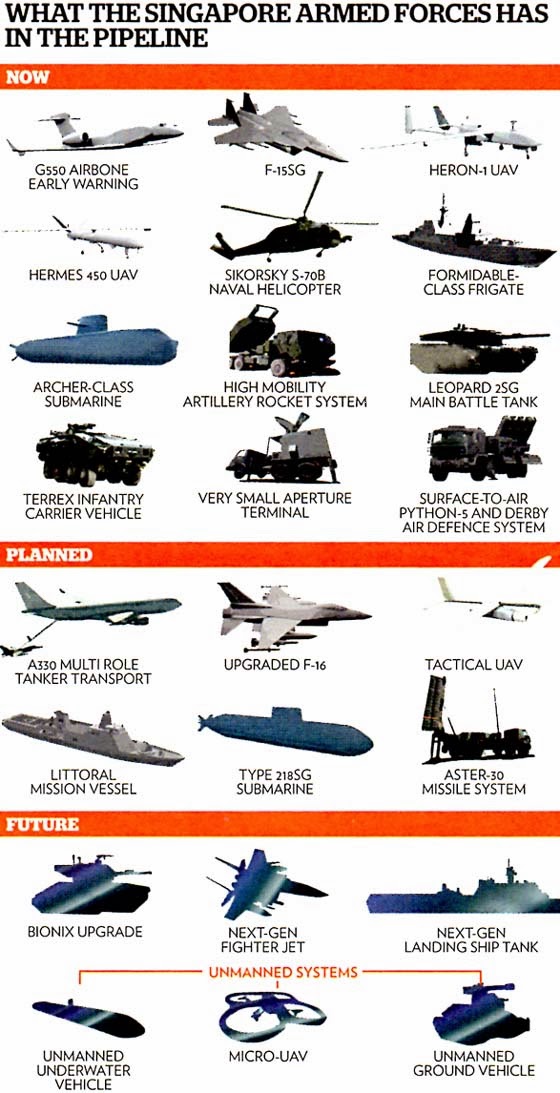 A Singapore military transport plane, two warships, a naval helicopter and a submarine support vessel - equipped to search underwater, with divers on board - are involved in the search for the Malaysia Airlines (MAS) plane that went off the radar on Saturday:

The Vietnamese, using a Soviet AN-26 (produced in the USSR in 1969–1985), were first to spot the oil slick and then two broken objects in the sea off Tho Chu island which could be part of an aircraft disintegrated at mid air. Which revives the age old debate of whether the man or the machine is the deciding factor in determining results.

Ng Eng Hen's show-and-tell list of what the Singapore Armed Forces has to date includes the advanced (and expensive) G550 Airborne Early Warning aircraft which is also convertible into a luxurious corporate jet. There're also the Heron-1 and Hermes-450 UAV which are probably not too useful in the air and sea search for the missing MAS Boeing 777-200ER. Maybe they should deploy the Archer-class submarines to do some useful work. Toys are pretty pointless when they are put up for show only.

We have seen how the "cat-claw" security barriers failed miserably at the Woodlands Checkpoint when the cops manning them were a tad too slow to activate it - maybe they were busy tucking in their shirts and checking out their uniforms in the mirror before making an appearance for the inevitable Youtube 5 minutes of fame. The police said the barriers "did not operate optimally" - typical euphemism in the similar fashion of SMRT and Singtel "technical glitches". As usual the blame is on the equipment, not the men, if you listen to Teo Chee Hean: "the alarm and barrier systems at the checkpoints are inadequate, and they need to be improved and strengthened considerably." At additional cost to the taxpayers, of course.

Ng may be eyeing the Airbus A330 Multi Role Tanker Transport (MRTT) and Littoral mission vessel, but do we really need them? The 6 long range A330 MRTTs are meant to replace the 4 KC-135s, which couldn't have seen much service when our island is only 42 km in length and 23 km in breadth. The littoral combat ship (LCS) is a class of relatively small surface vessels intended for operations in the littoral zone (close to shore), but we hope the minister does not plan on sending them all the way to Somalia for anti-piracy duties. If you saw Tom Hanks in the "Captain Phillips" movie, you'll appreciate real men are needed to handle the wily pirates. Leave the wayang in parliament where they excel in it.