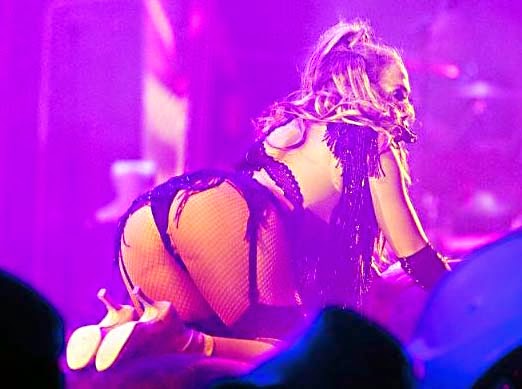 The blue noses in Singapore are awfully protective when it comes to what we are allowed to read - no penguins please, we're Singaporeans - and see, to the extent of invoking national security issues even when it's only a tear jerker of a movie about oldies pining for home in their sunset years.

But where was the Minister for Media Development Authority when J-Lo stuck out her big fat butt at an open air crowd of 60,000? Jen posted, following her performance: "Thank you for coming out #Singapore!!! 60K strong!!! Amazing night. @F1 Congrats @LewisHamilton. #SingaporeGP"

Maybe some topics are just not up for discussion at the national conversation, such as the report card for the finances of the F-1 night race, already 7 years in the running. Accountability apparently is not expected of Second Minister for Trade and Industry S Iswaran, when millions of dollars are burnt each year in September, the way the formula one cars incinerate rubber on the tracks. The race is co-funded by the Government of Singapore, dumb enough to foot 60% of the total bill, or $90 million, out of a total tab of $150 million, year after year.

Most of the money is pocketed by Bernie Ecclestone, the man who paid a £60m (US$100 million) settlement to a Munich court to stave off a 10 year jail term for a bribery charge. The man Ecclestone was accused of bribing, a public official on the board of a state-owned bank, was jailed for 8 1/2 years. Think about it, your taxes are helping to finance his get-out-of-jail-free card.  What a bummer! In a Times interview published on 4 July 2009, Ecclestone actually said "terrible to say this I suppose, but apart from the fact that Hitler got taken away and persuaded to do things that I have no idea whether he wanted to do or not, he was – in the way that he could command a lot of people – able to get things done."

The supportive politicians may have their own sound reasoning for not finding the particular view of J-Lo (or Ecclestone) offensive. From their perspective, it's a familiar sight. After all, most of them made it into parliament via the rear entrance. Whether they capable of commanding a lot of people and able to get things done is highly debatable.
Posted by Tattler at 10:45 AM