Time Out For Religion

According to an article in TIME magazine (August 18, 2014), there are 6% of Americans who identify with atheism (lack of belief in God) or agnosticism  (knowledge of God is unknowable).  The curiosity is that some of these are setting up "atheist churches", even in the Bible Belt, a concept that embraces the religious practice sans the theology. 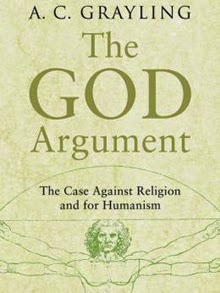 There must be many reasons for the rejection of theism. In the introduction to his book, "The God Argument, The Case Against Religion and for Humanism", A C Grayling wrote that religions have often been cruel in their effects, and remain to this day:
"Homosexuals are hanged in Iran, adulterous women are beheaded in Afghanistan and stoned to death in Saudi Arabia, "witches" are murdered in Africa, women and children are subordinated in many fundamentalist households in the Bible Belt of the United States and in many parts of the Islamic world. Throughout history the religion-inspired suppression of women has robbed humanity of at least half its potential creativity and genius."

Nested deep in the theism-atheism debate is the nagging doubt about the source and content of our moralities: does morality come from a transcendent source or does it arise from our own intrinsic self reflection on human realities and relationships? This is a case for humanism as a powerful alternative to religious morality. Humanism requires no commitment to teaching beyond its two fundamental premises - that individuals should think for themselves about what they are and how they should live. There's no body of doctrines and prescriptions, backed by sanctions for not believing in the former (eternal damnation in hell) or rewards in obeying the latter (promise of heaven and the company of angels or virgins). Consider this fact: the institution that commissioned Michelangelo to paint the Sistine Chapel ceiling also ran the Inquisition that burnt thousands at the stake. Religious styles of morality were premised on a religious view of the universe and mankind's place in it, not always a pretty picture.

Whether we like it or not, religions are here to stay. Organised humanism can offer variants of the theatrical aspects of religion - baptism, weddings, and funerals - that celebrate the significant moments of the passage of life and pander to the social needs of companionship. Probably the best reasons for atheists to gather and mimicking church. Instead of going off on Crusades, or answering the call of jihadist martyrdom.