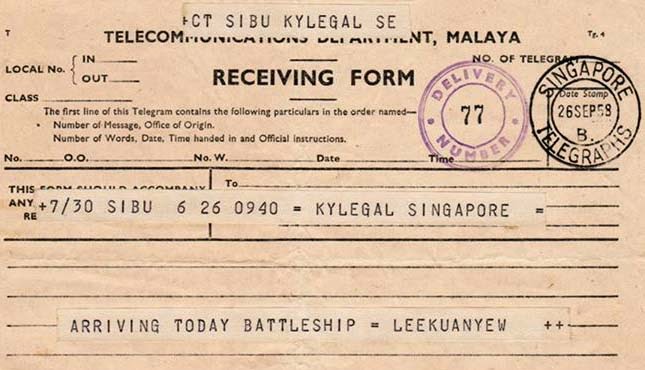 It was a kopi-tiam argument that tested the best of friendships - at stake was the erudition of a Cambridge scholar. We had to pipe down quickly before being accosted by plain clothes law enforcers for "disorderly behavior by speaking loud in the general public". The demi-god had said steamboat was two words. The redolence of mass adulation will brook no contrarian view.

In chapter 12 of "The Adventures of Huckleberry Finn" (first published 1885), Jim and Huck continue down the shore of the Missouri mountains and come upon a steamboat crippled on a rock. Cliff's Notes say Mark Twain's decision to name the boat the Walter Scott continues his mockery of romantic novels and their authors. The wreck's importance to the novel, however, is found in the contrasting images of peace and police brutality and Huck's inevitable deliberations on death.

If literature is not your cup of tea, you may find this easier to swallow. Steamboat Willie is a 1928 American animated short film produced in black-and-white by Walt Disney Studios and was released by Celebrity Productions. The cartoon is considered the debut of Mickey Mouse and his girlfriend Minnie. In 1994 members of the animation field voted Steamboat Willie 13th in the book "The 50 Greatest Cartoons", a compilation of the greatest cartoons of all time. In 1998 the film was selected for preservation in the United States' National Film Registry for being deemed "culturally, historically, or aesthetically significant". It is not found at the National Museum of Singapore. That would take the mickey out of somebody.

The founding father did arrive home that day, we are told, but not by battleship. He explained that he wanted steam boat for dinner, but as “steam boat” was two words, and telegrams were charged by the word, he wrote “battleship” instead, to save words and money!