Humour Is In Short Supply 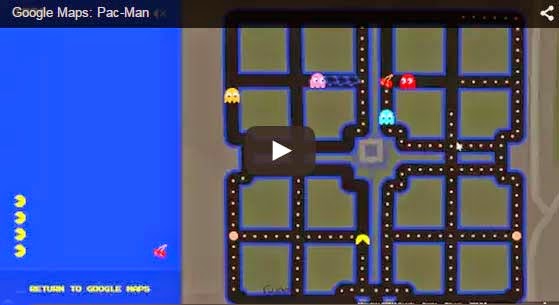 On April Fools’ Day Google’s various divisions outdo themselves by creating more practical and impractical jokes than any other tech firm. This year they have Pac-Man mode for Google Maps on desktop and mobile. Fire up Google Maps, check the clues, and search for a place where you think Pac-Man might be. The streets are your maze, while Blinky, Pinky, Inky, and Clyde are your enemies. The joke is less funny in Singapore because the enemies are ERP gantries and the astronomically high cost of a Certificate of Entitlement (COE).

And it's definitely not an April Fool joke when the Government announced that over 800,000 Singaporean HDB households will receive $45 million worth of Goods and Services Tax (GST) Voucher – Utilities-Save (U-Save) rebate in April this month. The humour is in the line about GST not being regressive, spewed by same big mouth who said an integrated resort is not a casino. You know the on-going joke, they give you a hundred dollars, they take away ninety-nine.

Malaysia introduces GST this month, but at least they have a list of tax exempt items to soothe the pain:

BTW the 6% GST is not an additional tax, it replaces the Sales and Services Tax (SST) of 5 to 10 percent. That's the difference between Malaysia and Singapore.

The bigger reason for not laughing is when a grassroots leader is still running free, threatening to maim a boy's manhood for having the cojones to speak the hilarious truth. Nobody is wasting time to file a report because the greater joke is that the Singapore Police Force (SPF) will probably work as efficaciously as they did in pursuing the 2011 case of Young People’s Action Party (YPAP) member Jason Neo. That's the fellow who posted a photo he had taken of a school bus occupied by Malay children from Huda Kindergarten, and captioned it “Bus filled with young terrorist trainees?” Surely that's not funny, right?