Two Sides Of The Coin 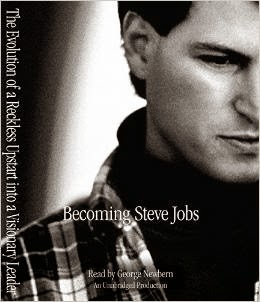 Steve Jobs was alive when he handpicked Walter Isaacson to write his authorized biography. He told Isaacson, who had written biographies of Benjamin Franklin and Albert Einstein, he wanted his children to know about their father, warts and all: "But I don't have any skeletons in my closet that can't be allowed out". He encouraged the people he knew - scores of people fired, abused, abandoned, or otherwise infuriated - to speak honestly. His own wife said, "There are parts of his life and personality that are extremely messy, and that's the truth. You shouldn't whitewash it".

Jobs probably knew he may not live long enough to see the finished book, released on October 24, 2011, by Simon & Schuster in the United States. Jobs died on October 5, 2011.

One of the unpleasant tales related to how he shortchanged co-founder Steve Wozniak of the bonus money for a game design for Atari. It would be 10 years later before Wozniak read about it in a history of Atari titled "Zap". When Jobs learned the story was published, he called Wozniak to deny it. But Atari's Nolan Bushnell confirmed there was a bonus paid for for each chip that was saved in the circuit board design. Wozniak cried.

But who did get it right? Even authors Schlender and Tetzeli had to stop and ask: “How could the man who had been such an inconsistent, inconsiderate, rash, and wrongheaded businessman ... become the venerated CEO who revived Apple and created a whole new set of culture-defining products?”


“Whether Lee intended it or not, his template for Singapore became a model for many authoritarian governments that saw its success as an example of how prosperity could be achieved while controlling freedom.”