Preparing For The Finals

In June, the Sunday Times reported that Saw Phaik Hwa, the highest-grossing chief executive that public transport operator SMRT Corp has ever employed, dismissed complaints of overcrowded trains by claiming that “people can board the trains — it is whether they choose to.” That gutsy statement give credence to the net story in circulation that she had originally resigned from DFS to return home to Malaysia, but was persuaded to stay and take on the MRT job by Daughter-In-Law herself. Even Transport Minister Raymond Lim lacks the cojones to be that affront.

With the commuters' threshhold of pain reaching breaking point, it was no surprise that LTA suddenly discovered that 22 new trains could be added to the woefully inadequate train system. Just like that, no mention of fare hikes required, no threat of GST increase hinted. Yesterday, LTA laid out an impressive four-stage process to ease overcrowding on trains. They even confirmed the bottleneck problem at Jurong East, where an approaching train has to wait for the preceding one to leave before it can pull in. That's a design problem any commuter can recognise, DFS salesgirls excepted.

And only days earlier, HDB announced an unprecedented surge in supply of new housing board flats. On Monday, HDB said 16,000 new flats will be up for grabs this year, and up to 22,000 next. It will also release more land for 8,000 executive condomiums (EC) and 7,000 Design, Build and Sell Scheme (DBSS) housing projects. Considering that the HDB had been studiously keeping its annual building rate under 6,000 units per year, this has to be the boom of a boom-and-bust cycle, or is it vice-versa? In an interview on “Talking Point” on March 14, Mah Bow Tan had said, “We make sure we don’t overbuild because once you overbuild, you’ll make flat prices in future go down, and that’s not what we want." The Minister is not one who feels abashed about his priority of profit over the social obligation of providing shelter from the elements. So why the big U-turn?

Those who have been sleeping in class or skipping tutorials for quite a spell recognise the infuse of cold sweat when final exams are round the corner. But he big boys have more to lose than an "O" or "A" level certificate. Besides the million dollar paycheck, at stake is the round the clock Gurkha sentinel, use of the VVIP lounge at Changi airport and rapturous adulation of a sychophantic grassroots following. Just ask Yeo Cheow Tong or any ex-minister who had to adjust from life at Mount Olympus. Greek mythology has it that the Gods feed on the prayers of men for their immortality. Take that away, and watch the titans fall. 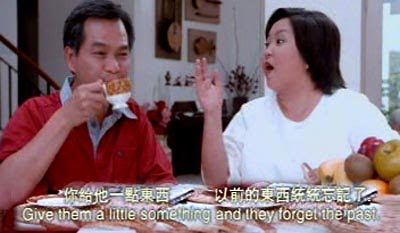