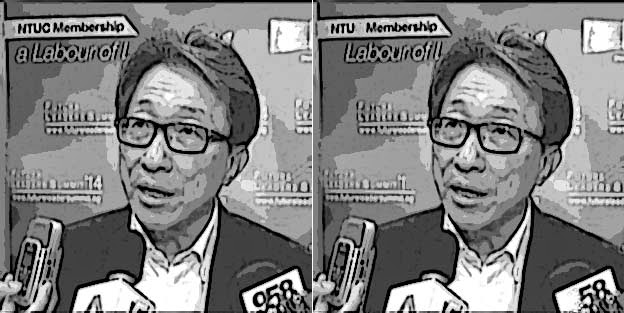 The linguistically challenged minister cried foul when Channel Newsasia quoted him saying:
“The best way for Singaporeans to prepare for retirement is to use less of their Central Provident Fund (CPF) money when they are young.”

It sounds so perfectly logical until Lim Swee Say insisted he was misquoted, and provided his original intended text:
"... the less you make use of your money when you are young, the more money you will have for retirement."

For the less devious, this may look like a version of the old kids' game of trying to spot the differences in two seemingly identical representations. Lim highlighted his unique mindset when he expanded:
"It is clear in this context that ‘young’ refers to those who are aged 55."

Maybe the minister feels rejuvenated each time he sees his CPF statement, but only a nonagenarian will consider age 55 as "young". Or the Brad Pitt character in "The Curious Case of Benjamin Button".

But there must be method in his madness. Lim, like the rest of his crowd, seems determined that senior citizens should not be allowed to withdraw their retirement savings at the original promised age of 55 years. Even if Toh Chin Chye had deemed that a breach of contract, and an abuse of the trust placed in a government. Lim also conveniently ignores how many a retirement nest egg has been eroded by the ravages of overpriced public housing, inflated health care costs and ever escalating education charges.