The Epitome Of Cool

When PM Lee Hsien Loong took to the stage with Marina Bay Sands' Sheldon Adelson, one speculates if he had any thoughts about the SAF officer who lost his job and family because of the social malaise of gambling. His spin masters will be quick to point out that Lee was there to officiate the opening of the ArtScience Museum, not the den of sin. As in George Yeo's lame disclaimer, "The IR is not a casino".

Captain Kheng lost "five figures" sums at the Resorts World Sentosa, could not repay the loansharks, ended up as their runner, and his wife had to fly home to Taiwan with the kids to escape the harassment of creditors. To top it all, he is going to jail for two years for working for the loan sharks to service his debt, doing unto others what was done unto him. "I went to the casino to check out the place out of curiosity," a sad refrain being repeated across the island. 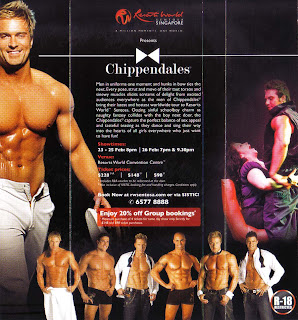 The promoters who flew in French mademoiselles for the Crazy Horse revue must be sore, They weren't allowed to advertise, one key factor that led to the business venture's demise. Government officials even insisted on inspecting the G-strings used by the ladies. How they achieved that, or drew up the standards for exposed epidermis, we leave to your imagination. It may not be cool to pollute minds then, but endorsed icons of today are significantly different. Until it was stopped by public outcry, Resorts World Sentosa had the tacit approval of LTA to run free shuttle buses to the heartlands and rope in the dopes.

Gambling, specifically the sound of revenue ringing up the cash register, seems to justify the means. It gives new meaning to the saying "Fiddling while Rome burns".
Posted by Tattler at 10:11 AM