Clare Boothe Luce was elected to the U.S. Congress in 1942 and remembered for challenging the rosy promises of a global market, the borderless economy that came about with the arrival of air travel. Ignored in the debate, then and now, was the human face of globalization, the fear of foreign money, foreign goods, and foreign people. Clare Boothe Luce coined a term to describe an argument that intentionally misunderstands globalization or misrepresents it in order to advance a questionable point. She called it globaloney.

Khaw Boon Wan's propaganda about Singapore youths entering the workforce today having to face competition from foreigners is example of such baloney about globalization. Especially when his crowd extols the merits of foreign talent over our own born and bred.

The April 2011 piece in Wall Street Journal (India) highlights that engineering colleges in India now have seats for 1.5 million students, nearly four times the 390,000 available in 2000. The image of an India churning out hundreds of thousands of well educated students every year looms large as a threat to the better-paid middle-class workers of a globalized economy.

Unfortunately 75%of technical graduates and more than 85% of general graduates are considered unemployable by India's own high-growth global industries, including information technology and call centers, according to assessment tests conducted by their National Association of Software and Services Companies. Companies like Call-center 24/7 Customer Pvt. Ltd, who made offshoring a household word, are having difficulty sourcing competent hires, and forced to expand its search to the Philippines and Nicaragua. Most of its 8,000 employees are now based outside of India.

To bridge the widening chasm between job requirements and the skills of graduates, Tata extended its internal training program. It puts fresh graduates through 72 days of training, double the duration in 1986, said Tata chief executive N. Chandrasekaran. Samples of such graduates:

"I was not prepared at all to get a job," says Pradeep Singh, 23, who graduated last year from RKDF College of Engineering, one of the city of Bhopal's oldest engineering schools. He had been to 5 job interviews, and was rejected each time. He is taking courses to prepare for job interviews.

Deepak Sharma, 26, failed several exams at a top engineering college outside of Delhi, until he finally figured out the trick: Writing his mobile number on the exam paper. He did that for a theory-of-computation exam, and shortly after, the examiner called him and offered to pass him for 10,000 rupees (about US$250). "I feel almost 99% certain that if I didn't pay the money, I would have failed the exam again," said Mr. Sharma.

With all the globaloney going on, our nation's resources ought really be focused on its own citizens, with emphasis on those who have served National Service. A good start is to make sure their places in the universities are not taken up by outsiders. 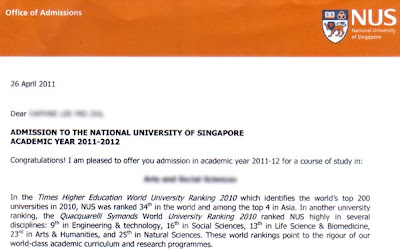