The award winning documentary "West of Memphis" is a good introduction to the "Alford plea", a legal option to plea guilty while maintaining one's innocence, in order to avoid a conviction by the court.

The West Memphis Three are three teenagers from West Memphis, Arkansas, who were tried, convicted of murder, and spent 18 years and 78 days in prison when DNA evidence due to new technological advances surfaced to provide possible exoneration. But the state would not admit their error, fearing repercussions from political fall-out and potential lawsuits. A deal with the public prosecutor was struck with the Alford plea, the legal mechanism in which "no contest" pleas are entered but innocence is nevertheless maintained. Judge David Laser vacated the previous convictions, each man then entered an Alford plea to lesser charges of first and second degree murder while verbally stating their innocence, and finally set free from prison.

That could be one scenario if the cartoonist had his day in court, and the lawyers will have to work their butts off.

However, the Attorney-General's Chambers have decided it will not proceed  with the contempt of court charges against Mr Chew in light of his apology and undertaking, "which he initiated". The last three words are important. The "apology" goes something like this: "It was never my intention to scandalise the judiciary. I realise my mistake and I want to make amends for it. I draw to make people laugh, and I want to continue with my work within the boundaries of the law."

In the light of this development, we'll never know if the persecution had the legal arguments to prove their case. Lawyers referring to the win-win situation say this is "the best possible outcome for all parties involved." We'll never know if the Alford plea will be allowed here. In our binary system, no one can be innocent if the courts decides you are guilty. Heck, even if the courts absolve you of corruption charges, some high flying police commissioner can still make public declarations that you are corrupt.

Since the boundaries of the law are such shifting targets here, aspiring cartoonists should pay careful attention to what material some people might deem offensive: 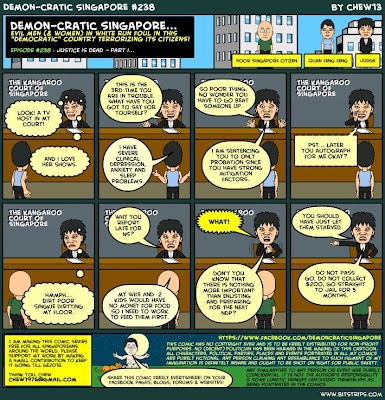 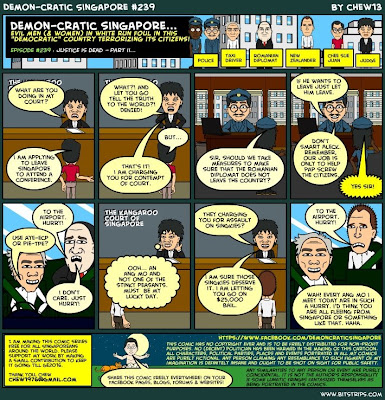 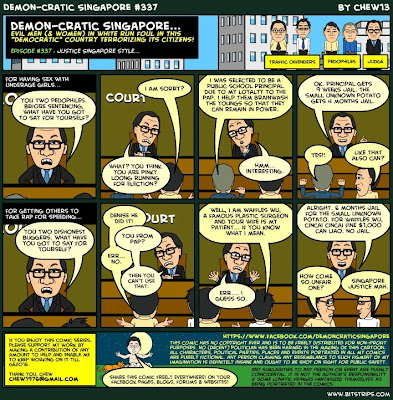