The Quest For Transparency 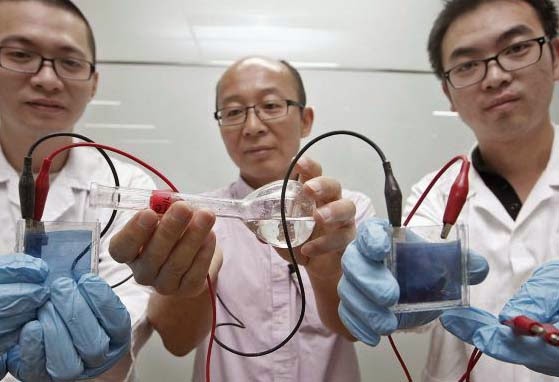 The blurb says scientists from the Nanyang Technological University (NTU) have invented a smart window that requires no external power to tint the glass.

Reading further, we are told the magic window comprises two glass panels, one coated with a transparent conductive material, and one coated with an additional layer of a common blue pigment known as Prussian Blue. When fully charged, the window maintains a blue tint, which supposedly reduces light transmission by up to 50%. Short circuiting the two panels causes the pigment to gain electrons and turn colourless through a electrochromic process.

The window has to be charged again to work. A process that can take 2 to 12 hours for the pigment to be oxidised and become blue again. 2 to 12 hours of direct sunlight before the 50% heat shield comes into effect, by which time dusk has fallen, and it's nice and cool again.

Speaking on behalf of his mainland Chinese looking colleagues, Prof Sun said: “Our technology is very attractive as a zero-consumption smart window." Something has to be lost in the translation. The window had to be charged for it to turn blue and block out the sun, the electricity has to come from somewhere. We are surrounded by free electrons, the trick is in directing them where to go.

Maybe their research paper published in the scientific journal Nature Communications can enlighten us further on the science of the magic. A quick browse of the website yielded something called "electromagnetically induced transparency". Close, but no cigar. As in politics, it looks like transparency is an illusive quest.