Caught Between A Rock And a Very Hard Place 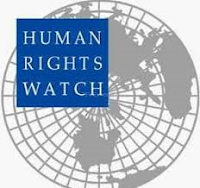 On 2 June Amos Yee was sent back into remand for an additional 3 weeks because District Judge Jasvender Kaur wanted more time to contemplate his suitability for the Reformative Training Centre (RTC). While she was thinking, the boy was cuffed spread eagle to an iron bed. Well, come Tuesday 23 June, the report is in, and it says the kid is physically and mentally suitable for reformative training. The monkey wrench in the works is that on Monday 22 June, the United Nations Human Rights Office had asked Singapore courts to "drop the demand for sentencing (Yee) to the RTC" and called for the "immediate release of (Yee) in line with (Singapore's) commitment under the UN Convention on the Rights of Child".

So a Dr Munidasa Winslow suddenly pops up to suggest that Yee may be suffering from autism-spectrum disorder (ASD). Now ASD is a complex disorder of the central nervous system, which often first appears as delayed speech in children around 18 months of age. Anybody who has seen and heard the articulate boy pontificating on his YouTube videos, including the one about the horrible dead guy who kicked the bucket, will wonder if Winslow has his head screwed on right. More important, the SingHealth website openly declares that there is no known cure for autism. Therapies do NOT cure autism, although they MAY bring about marked improvement.

This Mandatory Treatment Order (MTO) which the learned judge is juggling with is merely an option that could be meted out in lieu of imprisonment. Introduced as part of a series of community-based sentencing (CBS) options implemented since January 2011, the positive experience of this route - how we hate this phrase - is that the criminal record will be rendered spent, and the offender deemed to have no record of a conviction whatsoever. In other words, the child is no longer a criminal under the infamous Singapore system of justice, and the United Nations can call off their intervention force with the famous blue helmets.

But that does not change an iota about Madam Mary Toh's precocious son having to spend 3 + 3 + 2 weeks in a lock-up - the last sojourn in a mental institution with electroshock therapy options. Judge Kaur has painted herself in a corner, and a notorious niche in the international hall of shame. Bet you she's willing to forgo her SG50 $500 bonus and have someone else assigned to the case.