Before the deluge of apologies, a flood of tears came first. If there was a pun intended, this has to be water-shed election of sorts. It's easy to see through the charade of the sorries, but what of the tears? 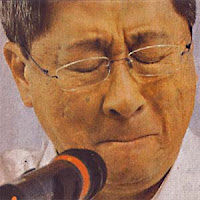 Lim Boon Heng
Conspiracy therories abound about his unsolicited public bawling (the reporter's question about groupthink wasn't even meant for him). Did he cry because he voted (in favour of building the casinos) against his principles? Did he cry because most of the 35,000 jobs created went to foreigners instead of Singaporeans? Skeptics say it was due to the late discovery he was kissing goodbye to a million dollar job, and may have to see his banker pretty quick about refinancing his good-class bungalow. 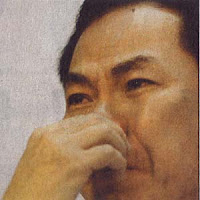 Watson Chong
This WP candidate said that shortly after joining the Workers Party in April 2008, his wife of 17 years threatened to leave him for signing up with the opposition party. ''If you join, I'll divorce you,' that's what she said,' recounted Mr Chong. Fortunately for the father of two children, aged 10 and 12, his family has since come round to support his political involvement. Happy endings, though rare these days, do exist in Singapore. 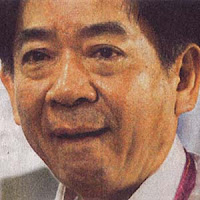 Khaw Boon Wan
Instead of talking about his plans for Sembawang GRC, Mr Khaw rambled on about the blisters on his feet caused by pounding the pavement (old styled campaigning instead of hitting the keyboard). Since it was the anniversary of his $8 heart bypass operation (now revised to $25,000), he regaled with stories of people he met asking if he could really handle the pace. Then, inexplicably, he choked up. He told of a "sad story" of a resident's husband who had a severe stroke two years ago that reduced him to a vegetative state. The sight of him lying in the lounge sofa, not knowing what is going on around him, must have reminded Khaw of his own mortality. Better stop and smell the flowers. 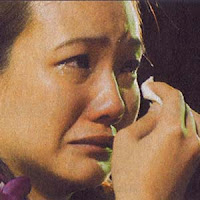 Nicole Seah
You would cry too if you heard how the financially strapped resident was refused a refund for a $80 tuition deposit. Worse, when the mother sought help from her MP, she was chided for the "small amount". Then you get angrier when the MacPherson Zone B Residents’ Committee clarified that she failed to give one month's notice for withdrawing her ward from the class. Pausing to compose herself, Seah told the estimated 10,000-strong crowd, “This is the kind of problem we have. We need a government who has a heart for Singaporeans.” 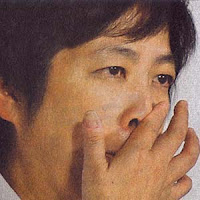 Lim Hwee Hua
The Serangoon Garden MP was heckled and accused of making her rounds only during election time. Then an incident in 2009 resurfaced, of a mentally disabled boy who had come to one of the Meet-the-People sessions in Serangoon North and slammed a chair on the door in frustration after witnessing the callous treatment meted to his mother. Lim refused to accept the handwritten letter of apology brought in later by the mother. Oh, she also accused Low Thia Khiang of being arrogant when latter responded to allegations by Lim that he mismanaged the accounts at the Hougang Town Council. What the fish was she crying about? Is she fearful of the ultimate retribution from the Almighty, that she will have to repent?
Posted by Tattler at 11:58 AM