A Heart For Truth 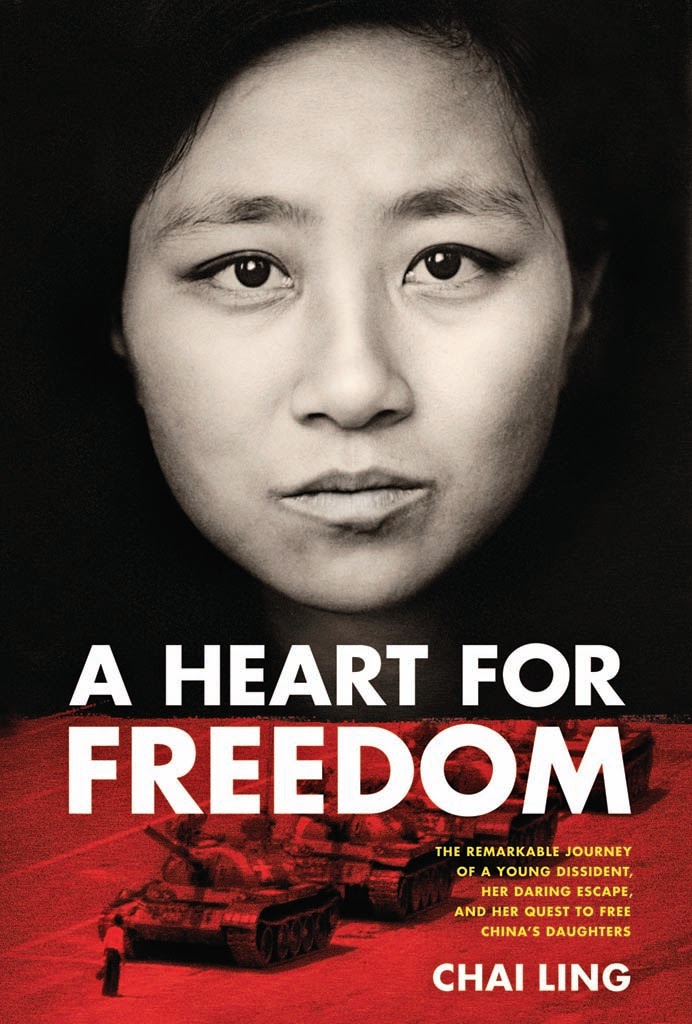 If there's one good reason for writing her book "A Heart For Freedom", it is on page 262. Six years after the 1989 event, the mainstream media (Washington Post, New York Times) had shifted the responsibility for the Tiananmen massacre from the Chinese government to the students. For Chai Ling, the bottom line about Tiananmen is that student leaders had never expected, hoped for, or anticipated the Chinese government would actually open fire on its own citizens. She led an orderly withdrawal from the Square, but the solders had already started shooting on the western side of the city, where citizens of Beijing took to the streets in protest. Write she must, "so that the next movement could be grounded in truth, not based on cover-up lies by the government".

Even when she had earned a Havard degree after escaping to America, employers there were afraid her association - she was one of the "21 Most Wanted " students at Tiananmen Square - would affect their China business. Younger sister graduated top of her class in medical school, but was not allowed to practice medicine in China because of Chai Ling's involvement. Her father, who joined her in America in 1996, was given a special message from China, "If Chai Ling continues to join the movement, there will not be any good consequences for all of you".

We don't know what kind of pressure Dinesh Raman's mother faced when she decided to throw in the towel and relinquish all claims, disputes, issues and matters whatsoever relating to, arising from or in connection with the untimely death of their son while under custody of the state. We do know she was not in court when the "amicable settlement" was read. She probably didn't want to hear the Ministry of Home Affairs (MHA) running him down as a secret society member who did not complete his O-levels. Little do the officials understand about the love of a mother.

The authorities may think that the financial settlement - a sum that is not disclosed - will effect closure, but history is not complete until the final story is told.