Be prepared this year for all manner of veneration of the founding father, mostly in new books, on top of the movie in the making. Two publications are obviously are not of the same genre.

The author of  "Roll Out the Champagne, Singapore!" (Marshall Cavendish Editions, 2014) once incurred the displeasure of some thin-skinned individuals who lashed out at the poor thing for being "bo tua bo say", an awful rebuke implying a lack of respect for anyone in authority. What surprised her was a friend who sent her to coventry ("How can you be so irreverent?") for penning the following rib-tickler:


The coffin was enormous
To match the god-like status,
For both in life and death,
He was a true colossus.

Someone who, with the opposition
Was clearly in cahoots,
Whispered, 'Ah, a new dawn!
No more defamation suits.'

At which the corpse sprang right up,
'Who said that?' it roared,
'He's defaming my good name,
So get our lawyers on board!'


The cartoonist with the dubious association with a sketch that supposedly led to closure of the Singapore Herald in 1971 has produced a coffee table book compilation ("LKY: Political Cartoons", Epigram Books, 2014) of his best satirical pieces. The foreward reads, "Lee's near mythical status became fodder for his creative imagination and incisive pen." Such irreverence! 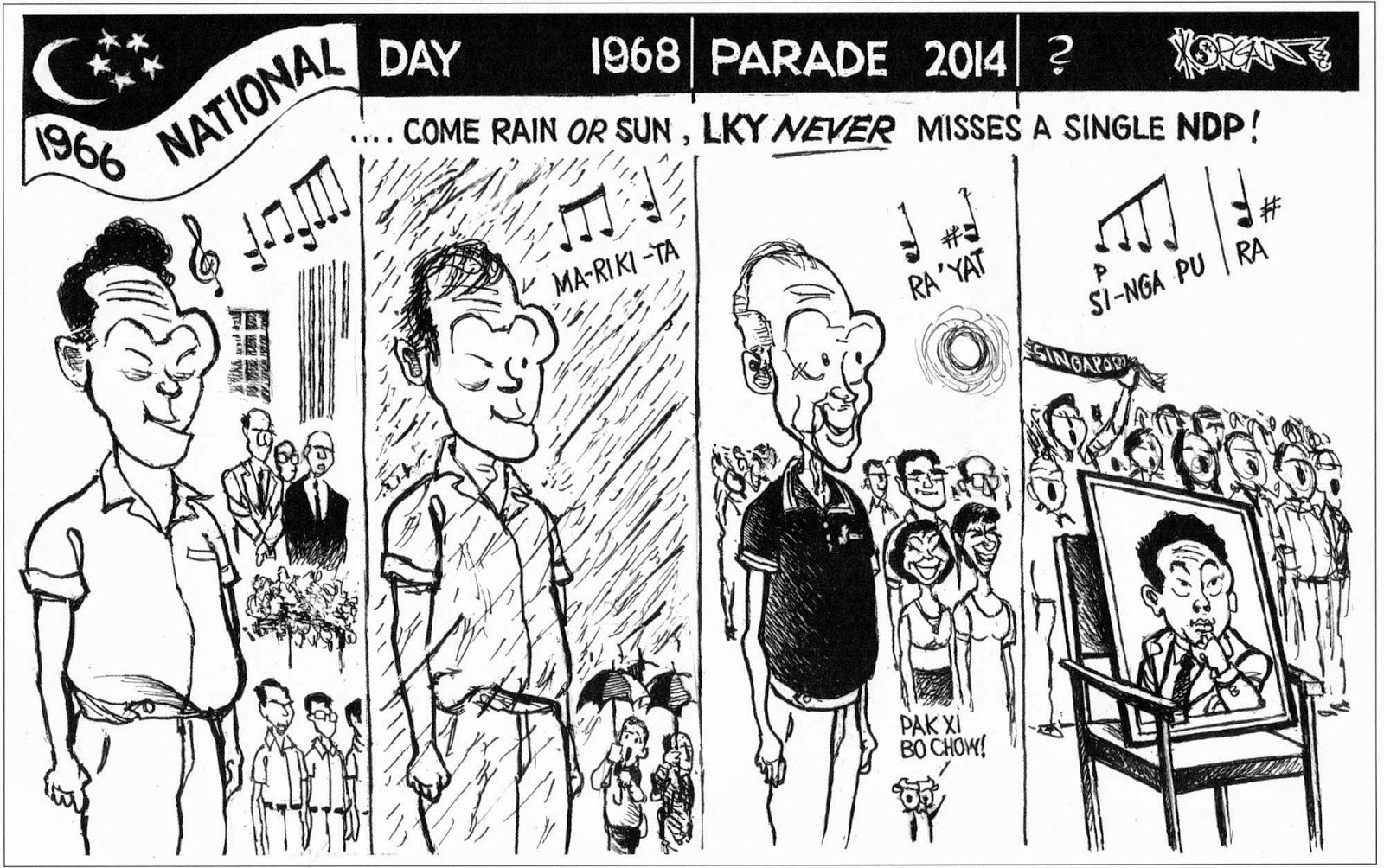