On Saturday 30 Aug, three young men in Beirut protested by torching the extremist Islamic State in Iraq and Syria (ISIS) flag, a black banner emblazoned with the Muslim tenet "there is no god but God and Muhammed is his prophet (Arabic: لَا إِلٰهَ إِلَّا الله مُحَمَّدٌ رَسُولُ الله)." The Lebanese teens then posted a video of the flag-burning online, exhorting others to do the same to demonstrate their opposition to the evil led by Abu Bakr al-Baghdadi. The flag-burning campaign, modeled on the viral "Ice Bucket Challenge," quickly took off on social media under the hashtag #BurnISISFlagChallenge.

Surprisingly, Lebanon’s justice minister, Ashraf Rifi, called for the “sternest punishments” to be applied to the young men because the flag had the Muslim Shahada (declaration of faith), written on it, “which has nothing to do with ISIS and its terrorist approach.” In response, Ibrahim Kanaan, a member of the Change and Reform parliamentary bloc, came forward to declare that he will represent the three boys accused of burning the flags if a case against them ever makes it to court.

It is difficult not to take sides over this incident, given the recent beheadings of two journalists, James Foley, 40, and Steven J. Sotloff, 31, and now a similar threat on David Haines, 44. It is also incredible that there are those who profit from the marketing of the ISIS flag and claim they are have nothing to do with the terrorists. Muhammad Saiful Alam Shah Sudiman, associate research fellow at the S. Rajaratnam School of International Studies, likens it to football fans buying team jerseys to show their support and solidarity. "While the IS certainly did not invent the black flag, they have appropriated it as their brand," explained Dr Haddad of the Middle East Institute at NUS. Just as our national flag has been hijacked by a certain political party, and reason enough for many not to hang it out on national day.

It's more serious in Germany, where the display of the swastika is verboten, tantamount to the display of the Confederate flag in the United States. Both symbols represent dark periods in each country's history. In Germany, even consumer products such as t-shirts and bumper stickers can be confiscated if they contain any depiction of a swastika. The penalty for ignoring the ban is either a fine or imprisonment up to three years. No thanks to Hitler, the symbol used by ancient Celts, Indians, Greeks, and in Buddhism, Jainism, Hinduism,  is stigmatized as being associated with Nazism and related concepts of antisemitism, hatred, violence, death, and murder.

The Malaysian Police have done their part to make sure the ISIS wannabes are nipped in the bud. Our Home Team, however, seems to be less pro-active, burying their heads in the sand like ostriches after collecting the 5 to 12 percent salary increases. Unless you are legally blind, there's no mistaking the evil from these sample Google images: 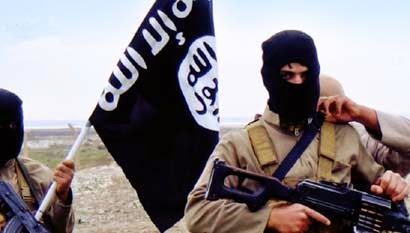 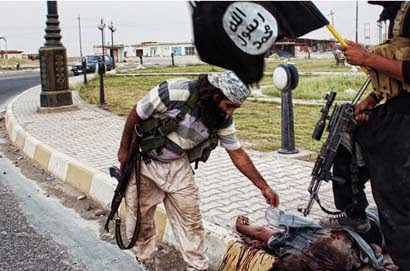 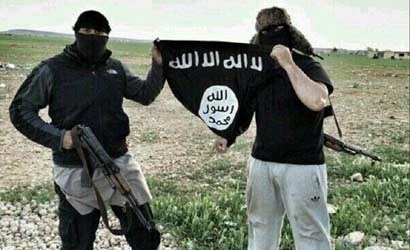