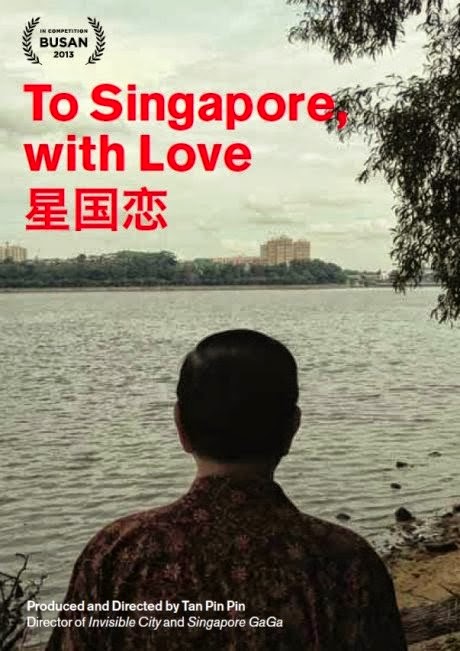 Just like the National Library prefers to pulp books instead of burning them, the Media Development Authority (MDA) chose to slap a NAR rating (Not Allowed for All Ratings) instead of an outright ban on the award winning film "To Singapore, With Love". Producer Tan Pin Pin won international accolades for her effort, including Best Director at the Muhr AsiaAfrica Documentary Awards at the Dubai Film Festival 2013, and put our budding film industry in the limelight. In 2007, "Zahari's 17 Years" was actually banned by the government, but that caused such a stink that MDA must have learnt its bitter lesson about showcasing draconian methodologies.

When MDA declared that its contents "undermined national security", there was a glimpse of hope we may finally get to see how Mas Selamat climbed out a toilet window, giving future detainees a sneak preview of how to exit a supposedly secure detention facility with the greatest of ease. Nope, they objected to "untruthful accounts of how they came to leave Singapore". They meaning exiles who had to flee for their personal safety, like Tan Wah Piow who was let out of the prison gates only to be thrown straight into the clutches of the armoured division. The Singapore armed forces that we know doesn't exactly have a pristine safety record. Young lives are crushed under "parked" military vehicles, limbs severed in naval exercises, asthmatics snuffed out by smoke grenades, etc, etc.

The except from Berlinale (Internationale Filmfestspiele Berlin) starts like this:


"Some places are better observed from a distance if you want to grasp their inner essence. For this portrait of her hometown, the tropical economic powerhouse of Singapore, Tan Pin Pin decided on a strictly external perspective. She meets with political exiles in London, Thailand, and Malaysia who had to leave the city thirty-five or fifty years ago – and who are to this day not permitted to return unless they die and their relatives bring back their ashes. The protagonists of the film fought for increased democracy and for Singapore to be freed from colonialism."


There must be more truth in that paragraph than the storyline that required 62 script revisions for the upcoming "1965" propaganda movie that will cost taxpayers $2.8 million. They must have had lots of problems with the part about collaborating with the Japanese occupiers when Singapore was Syonanto.

MDA is insisting the movie is wrong, that former CPM members "can return if they agree to be interviewed by the authorities on their past activities to resolve their cases". Even if they were never card carrying members of the Communist Party of Malaysia? Chia Thye Poh was never a member of the CPM. He lost the best years of his life just because one man said so. And that's the hard truth.