The New Sheriff In Town

Engaging the public via the new media will be difficult, said PM Lee, because it is "given to circulating many negative views and ridiculous truths". He referred to the growing cyber communities derisively as "cowboy towns". The way he tells it, five years ago, the only challenge to the sheriff was "only the popular blogger Mr Brown." 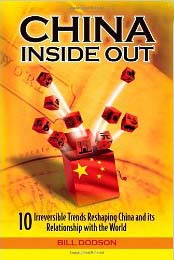 In "China Inside Out" (Wiley & Sons, 2011), author Bill Dodson narrates how daring cyber citizens took down a government official from Shandong Province. The man tried to force a little 11-year-old girl into the washroom of Plum Garden Seafood Restaurant on October 28, 2008. After she narrowly escaped to the safety of her outraged parents, a CCTV clip recorded the audacity of the abuser, "I did it. So what? How much money do you want? Give me a price! I will pay it!" He boasted of his connections, "Do you know who I am? My level is the same as your mayor!"

But he failed to reckoned with the power of the Chinese social networks. With the video clip online, Chinese Internet users mobilised a Human Flesh Search Engine  (Chinese: 人肉搜索; pinyin: rénròu sōusuǒ) to identify the potential child molester's name, address, position and current workplace. Soon, the Search announced his name as Lin Jiaxiang, party secretary of the Shenzhen marine affairs bureau. The angry posts in online forums echoed sentiments like this one, "Dammit Shenzhen Nanshan District Police!!! The entire country's masses will be watching how you handle this!!!"


"Human Flesh Searches is an embodiment of the common people's right of expression and right of supervision. One reason this kind of embodiment has big impact upon some people in society is because the common people do not have a better channel embodying these two rights."

Recently our own cyber sleuths uncovered the preferential treatment meted to an ex-Minister's son and a molly-coddled female politician. Plus details of a disturbed racist-in-the-making who was dumb enough to publish his mobile phone online. We definitely have need for better channels than the mainstream media who refused to print a word of the ugly truth. Now's a good time to make friends with your PRC classmate or colleague - he may teach us a thing or two about how to use the Human Flesh Search Engine vigilante tool. Aren't you just dying to find out if the mysterious "Denise" character is a "he" or a "her"?
Posted by Tattler at 8:41 AM