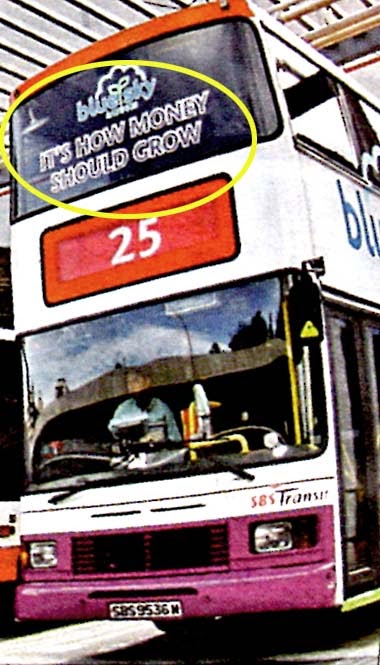 That whiff in the air, not alcohol, not riot inducing. Smells like.... like another excuse to raise the bus fares.

You get the drift when they pointedly mentioned that in the London system, which is one of two contracting models quoted, fares have gone up by 59% since 2005. In Perth, the Premier of Western Australia is cited as saying commuters may soon have to pay half the costs of running the bus and rail system, instead of the present one third. No data was provided for Japan, Korea or any other country.

According to the Land Transport Authority, operators under current privatised model may not run services if they are deemed to be unprofitable, hence the occasional shortages and tenuous waiting times. Profit before service seems to be the mantra.  It's cold comfort that these operators, namely SMRT and SBS Transit, need not bid for 80% or 9 packages of existing and new routes. They need not compete with the new entrants, which will be fighting for the 20% or 3 packages. Their negotiated contracts will ensure that the new system restructure will have little or no impact on SMRT and SBS Transit balance sheets. SMRT share price actually hit an 11-month high of $1.475 on Tuesday, affirmation that someone upstairs is still taking good care of them. Never mind that if they had done a better job, this whole exercise would not have been necessary.

Meanwhile the talking heads are having a field day debating whether the whole revamp - Government owing all bus operating assets, infrastructure, monitoring and operating systems, fare collection - is tantamount to nationalisation or semi-nationalisation. Transport Minister Lui Tuck Yew  says that nationalising public transport will lead to higher fares and a heftier burden on taxpayers. In the absence of any stated objectives to cut costs and reduce overheads, the inevitable hike is a foregone conclusion. Already they are planning to repaint all the buses, in mimic of the iconic red London bus.