Picture Of The Week 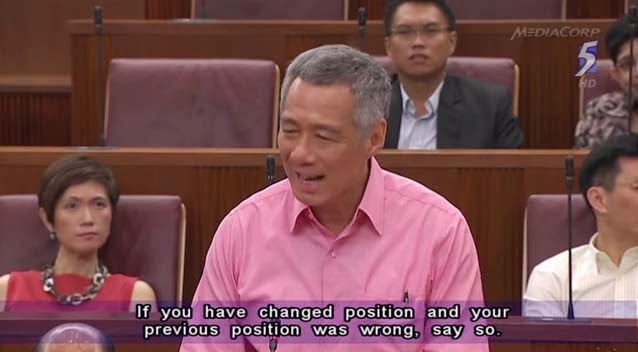 One advantage of the new digital television broadcast transmission (DVB-T2) is the ability to screen capture in glorious high definition, full 1920 x 1080p resolution. You can even see if the speaker is wearing his designer hearing aid or not.

What did his debating adversary say to make him so upset? It's not like some one yelled, "Ooi! Your mother wears army boots!" or "Look out for the flying shoe!" Altercation wise, 10 minutes is not too much of a verbal joust, but somehow a few key blows must have connected. Some possibilities:

"... I also noted that when the PAP has to make a policy U-turn, they call it policy shift. I don’t know whether that is a shift or it’s a flip-flop."

"Mdm Speaker, I thank the PM for praising the WP’s ability to fight in the elections."

"We don’t oppose all the policies but where we think that there is a need for us to oppose and it concerns the future of Singapore, like the Population White Paper, we did so. "

"We have said our piece but we have to respect the decision of the Government to move on. But our message has got across."