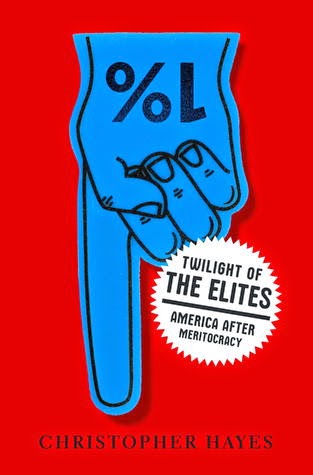 Hunter College High School in Manhattan, USA, sounds just like one of our premier schools, for which parents will change addresses and run their kids through the torturous circuit of tuition centers to ensure a place after the Primary School Leaving  Examination.

Hunter embodies the meritocratic ideal that kids are not created equal, some are smarter than others. The benchmark is an entrance exam which accepts 185 out of the 3,000 to 4,000 applicants. About 45 who test into Hunter Elementary School kindergarten are automatically admitted. In 2007, Wall Street Journal identified Hunter as sending a higher percentage of its graduates to the nation's top colleges than all but one  of its peers.

In 1982, a Hunter alumnus profiled the school in a New York magazine article called "The Joyful Elite" and identified its "most singular trait" as the "exuberantly smug loyalty of its students". Justin Hudson, the 2010 commencement speaker (Hunter does not rank its students, has no valedictorian) was not one of the smug ones.

"More than happiness, relief, fear, or sadness," he told the audience of peers and parents, "I feel guilty." He continued:


"I feel guilty because I don't deserve any of this. And neither do any of you. We received an outstanding education at no charge based solely on our performance on a test we took when we were eleven-year-olds, or four-year-olds. We received superior teachers and additional resources based on our status as "gifted," while kids who naturally needed those resources much more than us are wallowed in the mire of a broken system.  And now, we stand on the precipice of our lives, in control of our lives, based purely and simply on luck and circumstance.
... We are talking about eleven-year-olds... We are deciding children's fates before they even had a chance. We are playing God, and we are losing. Kids are losing the opportunity to go on to college or obtain a career, because no one taught them long division or colours. Hunter is perpetuating a system in which children, who contain unbridled and untapped intellect and creativity, are discarded like refuse. And we have the audacity to say they deserved it, because we're smarter than them."


The majority of students who make it into the school these days are the product of some kind of test prep regimen. The rationale sounds so similar, "They're doing the right thing to get  the the prize we promised at the end of the process. That's what we told them to do: do well on tests."

The evil that the prescient Hudson espied is what the author refers to as "The Iron Law of Meritocracy". The Iron Law of Meritocracy states that the inequality produced by a meritocratic system will eventually grow large enough to subvert the mechanism of social mobility. The anointed few who ascended the ladder will find devious ways to pull it up after them, or to selectively lower it down to allow their friends, allies, cronies and kin to scramble up surreptitiously. And give cause to curse the elites.