Men And Women In White 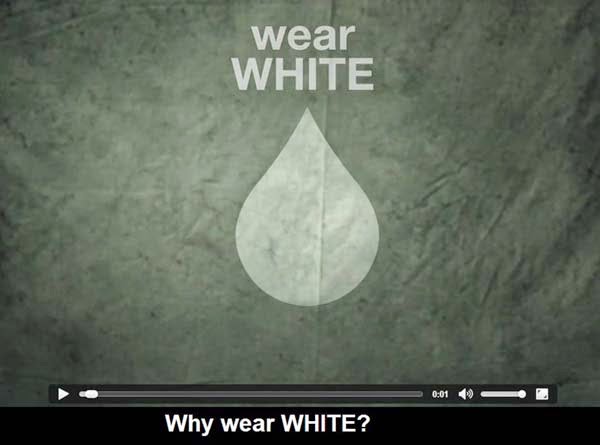 Silly me, to think that men (and women) wear white so that they can be associated with the ruling party. Membership has its privileges, such as first shot at the choice units at Pinnacle@Duxton when it was launched. Too bad it is now degraded to a pissing spot for ladies with incontinence.

Islamic religious teacher Ustaz Noor Deros, 28, has launched the Wear White Facebook page and website to ask Muslims to wear white next Saturday in support of the "return to fitrah" - the Arabic word for "natural" - and support "what is good and pure". Which is all healthy and conducive for multi-racial multi-cultural living and loving. But the message of peace is short-lived:


"There are groups that are trying to destroy the sanctity of the family. The natural state of human relationships is now under sustained attack by lgbt activists. For the lgbt movement, the natural family is no longer sacred.
To underline their disdain for Islam and the family, lgbt activists are organising an event on the very evening of 1st Ramadan. They expect this event to be the biggest ever in their history."


The Islamic Religious Council of Singapore (MUIS) must think this is crossing the imaginary line that Tan Chuan-Jin drew for online viciousness. MUIS made the sensible call "not to adopt a confrontational approach or vilify those who are involved in LGBT lifestyles or in events such as the Pink Dot". Even the Singapore Islamic Scholars & Religious Teachers Association (PERGAS) "strongly urges" Muslims not to ostracise LGBT individuals, but to reach out and offer "continuous moral guidance". But not a word of support from the MIW politician general.

The only LBGT (lesbian, gay, bisexual and transgender) person I know is Ellen Lee DeGeneres, and I absolutely adore her to death. Elton John, on the other hand, gives me the creeps. Ellen is not only fabulously rich and talented, she is also fantastically generous and caring. She came out publicly as a lesbian in an appearance on The Oprah Winfrey Show, and married her long-term girlfriend Portia de Rossi in 2008. Even LBGTs aim to start a family unit. Maybe they'll adopt and lavish the additions with lots of love and gifts. Which is more than the couple in a Singapore 2-room housing board flat can provide for their naturally born child. Children of gay and lesbian parents live in 96% of U.S. counties — and decades of research shows that those children grow up as happy, healthy and well-adjusted as their peers.

Politics of envy and politics of hate should never have a place here. Maybe the Internet Service Providers (ISPs) will take action, like Google (do no evil) removing the blog with the primer on dealing with Filipinos. Maybe they will wait for a police report to be filed first. Maybe the mainstream media will pester them later to ask why they did not act earlier. Maybe, as Vikram Nair put it, the online post was just "a sign that some people are trying to stir controversy". And detract us, kawan kawan semua, from the the hot button CPF issues.