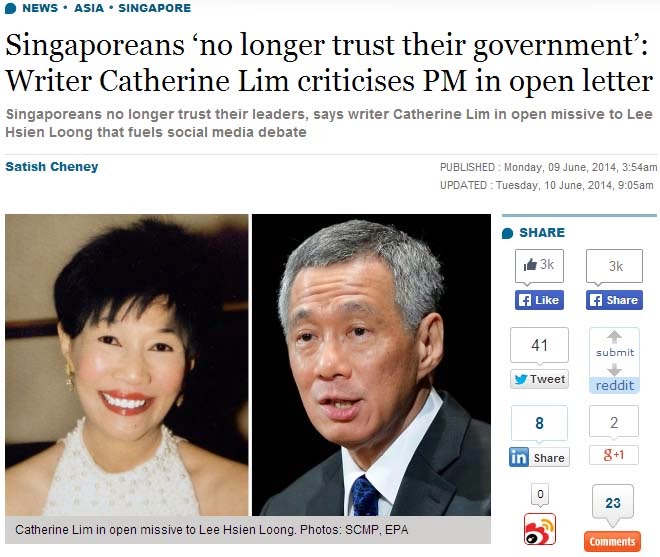 Remember this quote?:
"Yes I know I did not serve NS, I have a harder road ahead and this is how I want to serve Singapore....  Yes I did break a promise to my wife, but we have talked about it she is behind me 100%. My father has supported my decision, there is no betrayal."

"Father" (committee member Singapore Association of Trade Unions (SATU) and Barisan Sosialis; vice-president Singapore General Employees' Union) was one of the "Big Six" trade union leaders - including Lim Chin Siong, Fong Swee Suan, Sidney Woodhull, Jamit Singh and ST Bani - who risked life and and limb to call for a "genuinely full internal government". The foreign powers of the day that colonialised Singapore made full use of the Internal Security Council to squash their minority voices, the nefarious instrument which launched Operation Coldstore (sometimes spelled Operation Cold Store, Chinese: 冷藏行动) to lock away away at least 111 anti-government elements, including key members of an opposition political party.

The son is now dissing a political commentator for stating the obvious. Boasting that the mistrust involves only a minority, he lambasts her for being Chicken Little, the character in a moral folk tale that has passed into the English language as a common idiom indicating a hysterical or mistaken belief that disaster is imminent.

"It appears that Ms Lim cannot be trusted  to be consistent in her own statement," crowed Janil Puthucheary. So says the pot calling the kettle black. This newbie citizen (landed in 2001, picked up passport in 2008, sneaked into parliament in 2011) fails to appreciate the angst of the seniors who were once promised their life savings will be available at age 55. This is how Toh Chin Chye highlighted the inconsistency:
"If I were to put this sum of money in a commercial bank and, on the due date I go to the bank to withdraw the money, the manager says, "I am sorry, Mr Toh, you will have to come next year", there will be a run on the bank!"