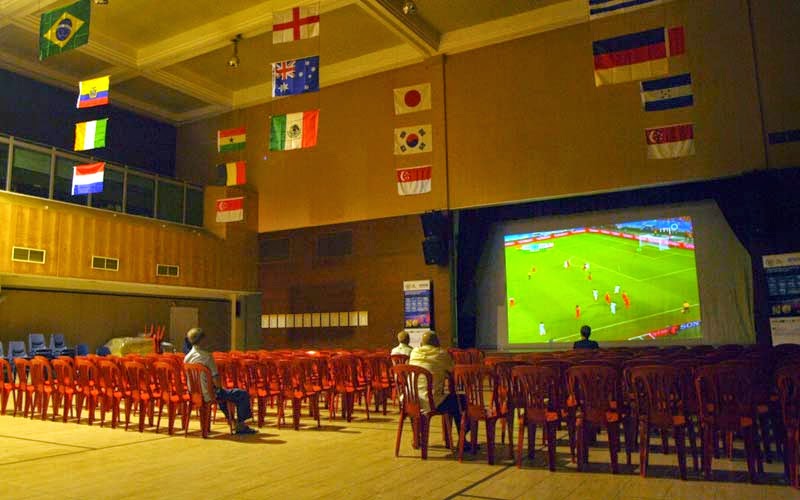 After a few drinks at the lobby bar of the Sheraton at Shanghai, it was time to hit the sack. Our Norwegian chairman said he would stay on a bit, as sleep is more elusive at his age. We spied some cocktail hostesses in cheongsams - nice ones, not like the witch at the Hri Kumar Central Provident Fund (CPF) talk - and left instruction to keep him company.

It's a scientific fact: older adults are less able than younger adults to maintain sleep; sleep for them is lighter and more fragmented with brief arousals or longer awakenings throughout the night. Insomnia and disrupted sleep in elderly people are a common side effect caused by many chronic medical conditions such as arthritis, congestive heart failure, depression, and gastroesophogeal reflux disorder.

Maybe the senior citizens watching the public World Cup screenings organized by the The People's Association (PA) do not suffer from sleep disorders. More likely they are kept awake by the spectre of the Minimum Sum (MS) being raised at higher than inflation rate, and with it, the drawdown date pushed further and further into infinity and beyond. They may not be entrusted to spend their own money, but PA seems to have no problems with paying Singtel for the mioTV broadcasts.

Elsewhere at the APEC TEL Workshop & 9th IAC forum on 16 June, the Infocomm Development Authority (IDA) is saying it is looking into using high-tech gadgets like wearable monitoring devices, robotic legs and pets to help Singaporeans cope with ageing. What the IDA Director for Strategy & Innovation Division did not enlighten his audience was how the fancy toys will be funded. All roads lead to Rome, and the worrisome thought giving all of us nightmares, old and young alike, is how much is routed from our savings. We will have to wait for the conclusion of the City Harvest Church court case to really understand how round-tripping is defined legally.