The Destruction Of Politics 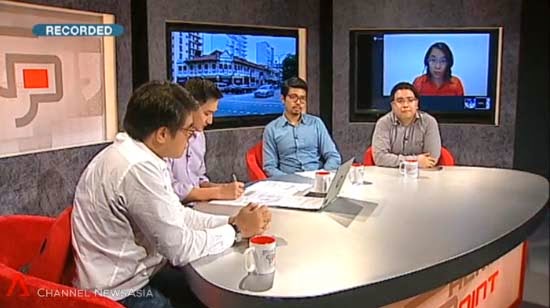 The last episode of Talking Point ("Can Politics Be Constructive") kicked off by regurgitating the official definition of constructive politics, namely:

The panelists, comprising a cultural critic (what's that?), an academic and a president of a student's union, spoke eloquently and presented credible viewpoints. It was also obvious they were overtly cautious about pushing the envelope, and veering too close to O.B. markers. Invisible, malleable goal posts demarcating the imagined boundaries of politically correct articulation. They are so definitely not looking forward to a lawyer's letter in the mail.

But the common man, pushed to the threshold of pain, has no such qualms. It was refreshing, therefore, when a caller spoke from his, and our hearts. The parsing of language may be no match to the erudite guests at the table, but you can't fault him for purity of thought. He kicks in at around 39:31:


"First of all, I think very important is....  leadership is about being able to listen (to) both good and bad without getting angry, and without having the urge for retaliation. Like, you know, possibly like suing and things like that.
So I guess it's better that you say, okay, you say your points, we can always discuss. I'll get my perm sec, I'll get my ministers, then we sit down and call you in, or call a few guys in and have a chat. Then we can put up a report, yes, we have discussed this and this is what we have come up to a conclusion or whatever.
Basically it is a more amicable way of doing things for the progress, and for moving forward constructively. That is constructive politics.
Destructive is, basically you clobber people, you threaten people, and you do things that anger people, and worse still, you get politicians coming up with words like xenophobic and things like that. You know, it is uncalled for, it irritates."


It's weird, when you listen to this a couple of times, it sounds so familiar. It evokes a sense of déjà vu especially for the pioneer generation. Once upon a time, Lee Kuan Yew used to speak like this, off the cuff, on a simple stage, without a prepared script. That was how he used to rally the people around a common cause.
Posted by Tattler at 10:22 AM