Not Funny At All 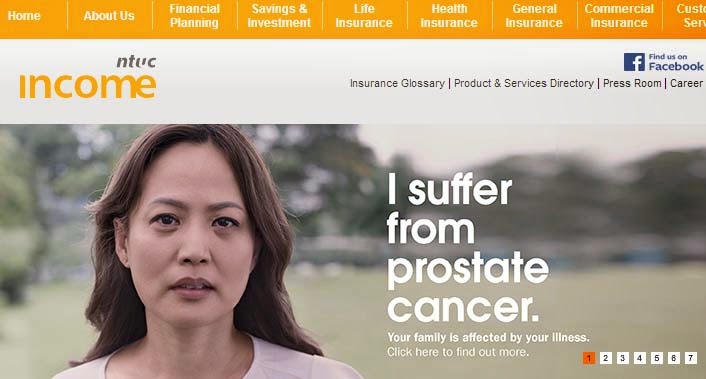 The follow-up blurb to the insurance offering says, "VivoCare 100 covers 100 medical conditions, providing comprehensive coverage against early, intermediate and advanced stages of dread diseases as well as medical conditions under the special benefit".
The disclaimer about the "special benefit" stipulate this: "A survival period of seven days after diagnosis, or after having the medical procedure will apply."

Wow, an insurance policy that covers the risks of a sex-change medical procedure! And you thought Medishield Life will provide all the cover you, transgenders included, will ever need - $8 open heart surgery excepted.

Either the NTUC Income product is the best invention since sliced bread or - and this would be a more plausible explanation for the gaffe - the foreigner they hired for developing the advertisement routinely strings English words without an iota of comprehension. That's the xenophobe speaking, still upset about the busybody ang moh who claims foreigners "have helped Singapore become the economic powerhouse that it is today".

It turns out that the "mistake" was a bad taste in insensitive marketing, one of a series which includes a man admitting he suffers from ovarian cancer and a young girl talking about her onset of dementia. One who failed to appreciate the merits of the attention getter points out the adverse effect of the message: "Put yourself in a patient's shoes. How will you feel when you are suffering from a terminal illness and you keep seeing this ad playing on tv? Even if it does not get to you the first time, it drills in after subsequent times. You'll start to feel depressed, demoralised, thinking you are a burden to your family." There's no insurance cover for suicides.

You know there's a dire shortage of empaths in the country when a minister barges into a ward full of sick people requiring rest, drabbed in a Zorro outfit. Or selfishly deprives restaurant customers of their entitlement of free toothpicks. Even when there's a place for humour, such as the advertisement below, those whose lives have been ruined by the evils of the casinos may not find it funny. 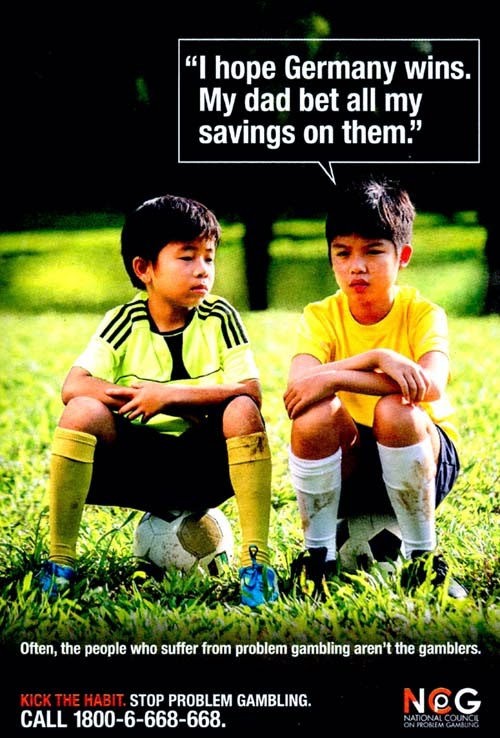