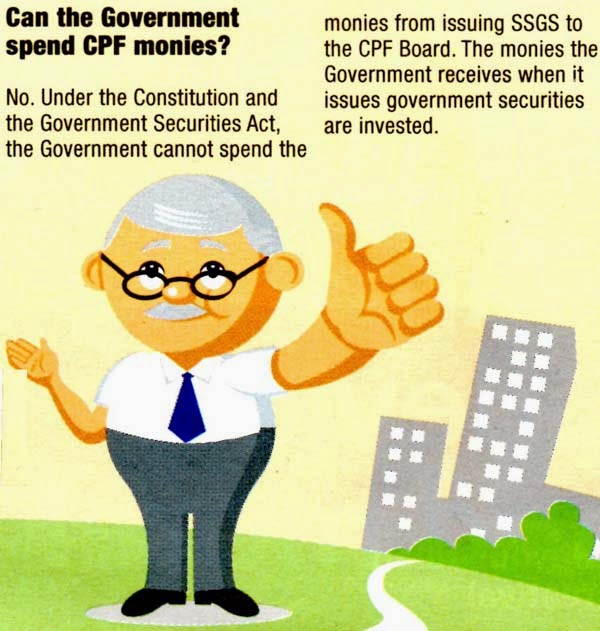 The sophistry of words can get you only so far. Clinton got himself into a real mess trying to explain what he was doing with a cigar and an intern called Lewinsky.

One definition of "spend" is to give (money) to pay for goods, services, or so as to benefit someone or something. The only way not to spend money is to hide it in a biscuit tin like grandma used to do. Even asking a bank to keep it for you (a service) can be a risky business, if one of their employees happen to be Nick Leeson.

We also know now that GIC knows is managing Government assets, a hodgepodge of commingled sources of funds which includes CPF monies. The same GIC which, over the last 5 years, it earned a pathetic 0.5 per cent in Singapore dollar terms. Your friendly neighborhood bank probably gives you a better deal in fixed deposits.

Do we still need to dwell further into the semantics of spending like Clinton did for the definition of sex?

Ma always says she keeps our angpows to save for our future needs, like university education or the big wedding expense. Maybe that's what we should do with the CPF - lock it away untouched in a special vault, where even the Colonel Sanders look-alike has no access to. The Government has plenty of other sources of funds - taxes, tariffs, fines, etcetera, etcetera - to generate the pathetic 2.5% interest rate paid out to CPF account holders, and still have lots of leftover monopoly money for the fund managers in GIC to play with. We trust our mother, can we say similar for the Government?