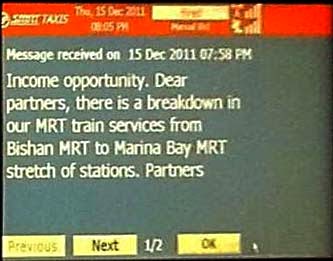 Even if you were not caught in the total chaos on the North-South Line of December 2011, you cannot escape being riled by the Singapore Mass Rapid Transit (SMRT)'s crude commercial capitalisation on the commuters' misery.

The same penchant for profit over empathy reared its ugly head again with the Singapore Airlines (SIA) social media broadcast posted shortly after MH17 was shot down over Ukraine.

The outrage is not just about their heartless attitude towards the loss of 298 innocent lives. It has also to do with their crass attempt to lie about using the same flight path over a war zone.

Even the state sponsored mouth piece confirmed that, in the last 7 days before the tragedy of 17 July, SIA flew over Donetsky 75 times, more than Malaysia Airlines (48 times), topped only by Aeroflot (86 times).

Flightradar24.com records show that SQ 351 was 25km away from MH17 at the time of the incident. The Buk-M1 surface-to-air missile that brought down MH17 is guided by its TELAR vehicle's monopulse type radar which can track aircraft flying between 15 m and 22 km (50 to 72,000 ft) altitudes.

The real tragedy is that the same breed of government appointed elites are installed at upper echelons of SMRT and SIA. The same get-out-of-my-elite-uncaring-face types behind the Population White Paper and Medishield Life. Don't be surprised that these cads will be first to pop the champagne bottle if a SIA plane was hit instead, and provide useful distraction from the many instances of misgovernance. The SIA spokesman said, "We recognise that the information could have been better communicated," a line that has been used once too often.