“Many objected to the idea that books will be pulped. As book lovers ourselves, we understand the reaction. We do not want to be viewed as destroying books.” However, NLB will still be remembered in history for doing so - one of the books, "Who’s In My Family?", has been eradicated.  Last we heard, a replacement copy has not been purchased to be shelved in the adult section.

The minister wrote that "Who’s in My Family" had already been disposed of as the title had been reviewed earlier. Guess what, the MDA has also reviewed the Archie comic and deemed it definitely non pro-family material, whatever that means. Ng explained, "We bought it before the MDA guideline came into place. But that rule only applies to booksellers." One government, two sets of rules, sounds remarkably like a plagiarisation of the comic's tagline, "Two worlds, two loves, two destinies". Sweet.

The only clear message that seems to transcend the tangled mess is that two individuals, one minister and one chief executive officer, are trembling at the very thought of their high paying jobs being pulped. 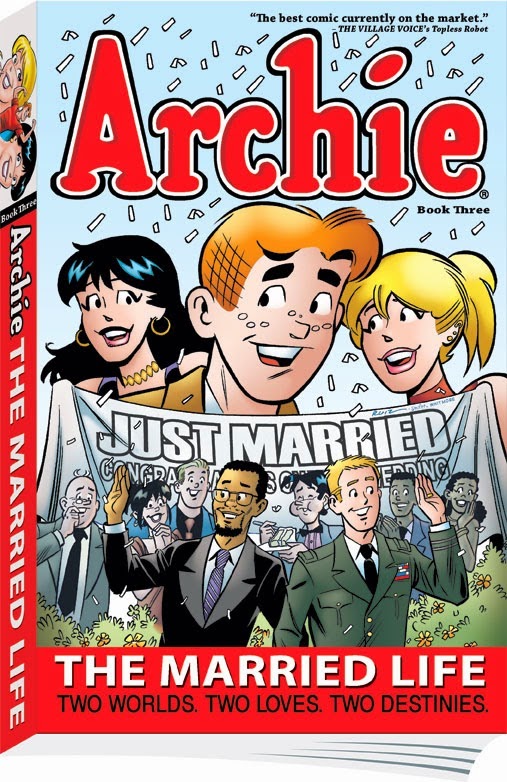