The End Game Is Near 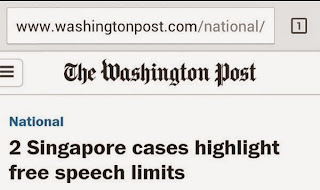 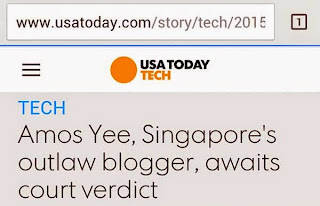 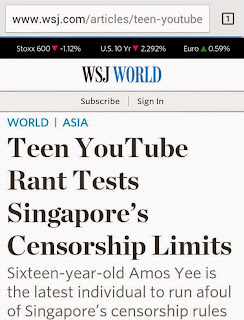 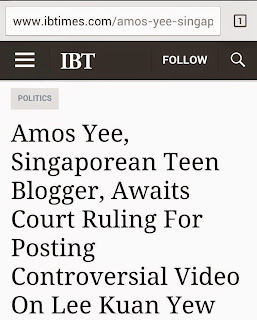 The outside world may have awaited anxiously for the outcome of the court case yesterday - including The Washington Post, USA Today, Wall Street Journal, and International Business Times - but we who are born and bred here know that the result is a foregone conclusion.

Grace Fu, Singapore’s second minister for foreign affairs, was quoted by The Associated Press (AP) as saying she wasn’t concerned about the international response to the image of a teen shackled for speaking his mind online. This is one foreign minister who cares not an iota about our soiled reputation as a global city. Instead, she's more concerned "my family would not suffer a drastic change in the standard of living"  if the drop in income "is tilted further in the future".
Not everyone is in the game for the money. Acting pro-bono, defence lawyer Alfred Dodwell enjoined out of conscience (?) in the David-Goliath face-off, except that in this version, the small boy gets to lose. Christians ought to be offended by this rewrite of the biblical story. From the detritus of the mock battle, all that's salvageable are some quotable quotes. :
Well, the court has ruled, but the truth is still out there. When courts are seen to be unfair, we become more fearful and less able to trust each other. We end up divisive, spending more effort protecting our own turf because we don’t believe the system is there to back us up. Nation building requires more work than solving SuDoku puzzles, for which there are plenty of sites to download scripts.