Who Cares About Maintenance 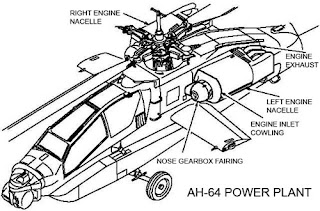 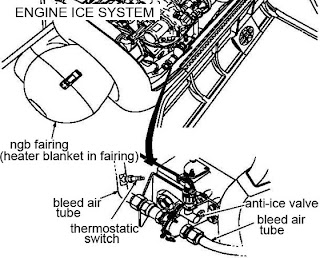 The AH-64 engine ice system serves to prevent icing of the engine air inlets and the NGB (nose gearbox). The NGB fairing has heater blankets to prevent ice from forming on the gearbox coupling fan and air duct to the main transmission deck. Each engine has an anti-ice and start bleed valve (AISBV) which is spring loaded open. It can be closed either mechanically by the hydromechanical unit (HMU) or electrically by the pilot's ANTI ICE control panel controlled solenoid. The start bleed valve controls anti-icing airflow to the engine and bleeds air from the compressor during engine starting and low engine speeds. The valve closes at 91% rpm or 60% torque, whichever occurs first. When energised the solenoid opens to allow fifth stage air to enter the servo and close the metering valve. If power to the solenoid is lost, the valve opens by spring action. If the metering valve fails to open, the metering valve shaft closes a sensing switch and lights the ENG 1 ANTI ICE or ENG 2 ANTI ICE indicator on the pilot caution/warning panel and the ENG ANTI ICE indicator on the CPG (co-pilot/gunner) caution/warning panel. 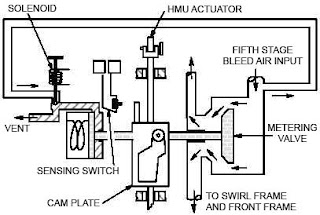 Trust Deputy Prime Minister and Defence Minister Teo Chee Hean to gloss over the details when he reported on the corroded valve that downed an Apache helicopter. Teo, another ex-Navy guy, told parliament that procedures mandated by the manufacturer do not include inspection of the valve, and therefore his airforce guys never bothered about it. He added, "the maintenance procedure does not call for the RSAF to open up the AISBV. This can be done only by the manufacturer", neatly transferring the responsibility of the defence of our nation to a third party vendor. While he's at it, why not outsource the whole defence system? Lots of Singapore men would welcome the idea since NS liability is always an inconvenience employers hate to put up with, preferring instead to hire foreigners.

Teo concluded by saying Mindef will be taking steps to replace/re-certify the valve more frequently and update the maintenance procedures. Which they should have done in the first place, instead of hentak kaki until a juicy GLC appointment comes up. And please ask the pilot and CPG to pay more attention to the caution/warning panel.
Posted by Tattler at 7:39 PM