Catch Them If You Can 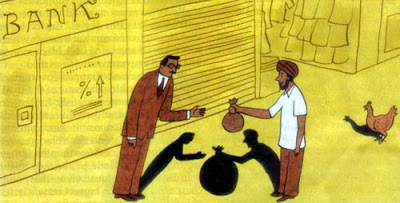 Similar to the Sarawak-Taib sting, investigative website Cobrapost had a camera equipped journalist walking into banks, pretending to be a unnamed politician whose house could no longer contain his stash of cash. According to the Economist article ("Evasive Cash", Mar 23-29, 2013), bank staff were only too willingly to oblige. "Yes, yes, don't worry sir, all people do this," assured one bank official. It quotes a 2010 World Bank study of 151 countries concluding that India's shadow economy, defined as legal activity concealed from the authorities, as equivalent of one fifth of GDP. The money laundering  was usually efficiently effected by tweaking rules for setting up accounts and insurance policies.

The Private Banking Industry Group (PBIG), not the Monetary Authority of Singapore (MAS), has on its own volition, established a set of guidelines to "protect themselves from tax criminals". The PBIG guidelines expect its staff to determine whether there are any reasonable grounds for suspecting that the funds are proceeds from serious tax crimes. To protect themselves, new clients must acknowledge in writing that they are responsible for their own tax affairs, and/or that they have not committed or have been connected of any serious tax crimes.

What the banking staff will consider as a red flag in respect of a client's taxable assets will be difficult to determine. In September 2011, Eduardo Saverin renounced his U.S. citizenship to obtain a Singapore passport. That his citizenship change reduced the capital gains taxes Saverin was liable for after the Facebook IPO is a sore point with some parties. From the U.S. side, the Ex-PATRIOT Act may result in Saverin not being permitted to enter the U.S. in the future. Will such uncharted territory be covered in the new regulatory measures in July 1, which is intended to designate serious tax offences as money laundering predicate offences?

A clearer case is the courier who takes the ferry from Batam on a regular basis, with wads of U.S. dollar bills stuffed into a sports bag, to distribute to political cronies on the take at Singapore hotels or similar. Remember Lee Kuan Yew's story about Indonesians who fly in for weekend shopping? Some of these guys end up richer even after splurging oodles at the boutique retail outlets. If you had run into the nondescript Mohamed (not his real name) you wouldn't have suspected his true mission objective, what more the humble bank clerk.