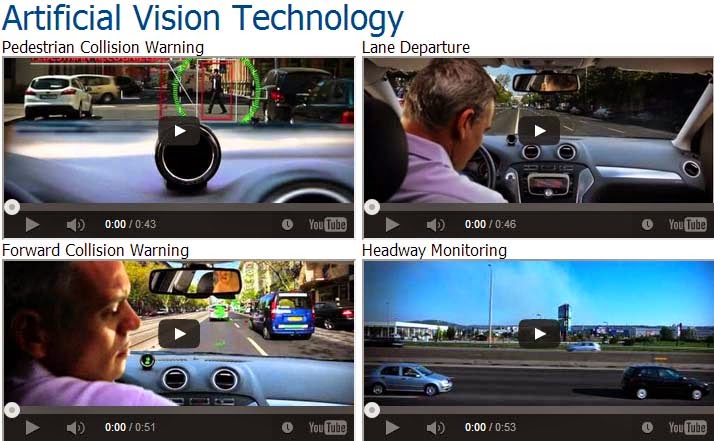 When the taxi driver appeared to have difficulty with our destination, we suggested he use the GPS system in his cab, but he said the LCD display was not a navigation system. It was just a digitised map, and yes, his rental did go up after it was fitted. We then taught him how to enable turn-by-turn voice guidance navigation with Google maps on his android smartphone.

ComfortDelGro recently installed in-vehicle cameras for its fleet of more than 16,000 taxis, purportedly as an added safety and security measure for drivers to identify passengers who evade fares, as well as to provide video evidence for accident situations. If rentals also did increase, it is not public knowledge.

ComfortDelGro is now testing a new smart camera on 30 taxis for the next 6 months that it says can determine real-time traffic risks while a vehicle is in motion and prompt the driver with audio and visual warnings.  Mobileye® is a “smart” camera located on the front windshield and uses proprietary pedestrian detection technologies to measure the distance to vehicles, monitor lane markings, speed signs and hopefully avoid collision with objects being scanned. Nothing is mentioned about prevention from being rammed from the side by a speeding Ferrari trying to beat the lights at Rochor Road. The installation for the fancy camera, which retails for S$2,300, will be done for free for the cabbies. Who has to end up paying for the expensive accessory is not disclosed.

Yang Ban Seng, ComfortDelGro’s chief executive for its taxi business, said “This device acts as another ‘eye’ for our cabbies, who spend a large part of their days and nights on the road.” What we really need is someone to keep an eye on the costs of operation, and work towards reducing exorbitant taxi charges, not find another excuse to hike fares.